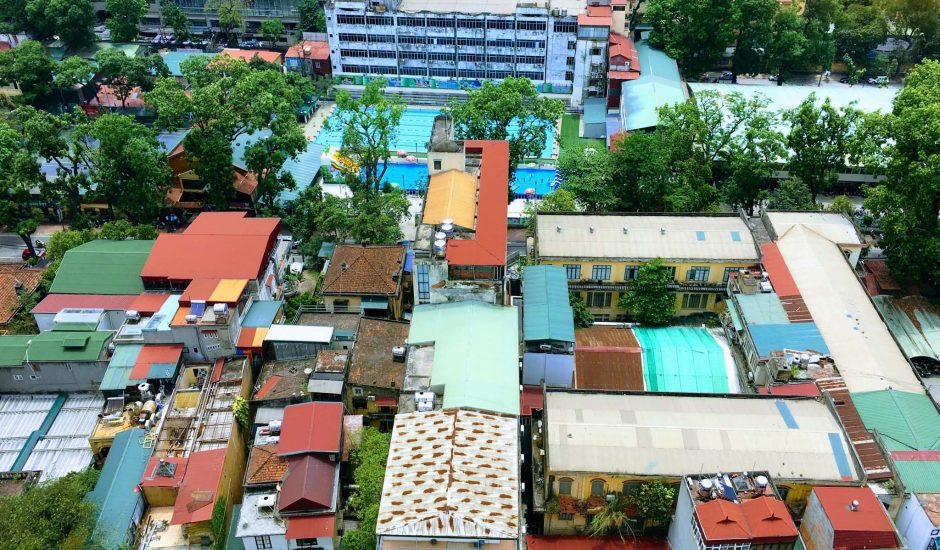 On June 4th, John and I flew two hours north to the capital, Hanoi, for nine days to explore more of this intriguing country and to give my friend some space in Ho Chi Minh to finish her teaching year.

What a different feel within one country! Just as we noticed moving from city to city in Thailand. Despite being the capital, it feels much less metropolitan and almost more like a very large village……..John, who knows more about this topic, says he can feel the communist influence a lot more here. It definitely has a more traditional, austere vibe. It also feels less busy and the roads (and motorbike traffic) are less dense, which has been good for my roadside jitteriness.

For our first four nights we stayed at an AirBnB with the host, Mrs. Tin, who was a lovely middle-aged Vietnamese woman whose daughter is doing her MBA at Columbia University in New York. She was extremely hospitable and it was neat sharing a home with someone local. She made us delicious sticky rice and had lots of recommendations for things to do. Unfortunately, both John and I were feeling under the weather so we didn’t end up doing too much for the first few days.

For our last five nights, we are at a different AirBnB run by a thirty-something couple from the Netherlands. It is in a neat, very un-touristy neighbourhood surrounded by other houses and many narrow, winding streets. Our private terrace and huge open windows make it feel like we are sleeping outdoors. It’s been wonderful so far.

As we tend to do, we have been enjoying exploring random restaurants, shops and different neighbourhoods, but we did pay entrance fees to see the Temple of Literature and the 65th floor Lotte Observation Deck, and I’m realizing that some things may be popular with tourists for a reason……..we were not disappointed. We fly back to Ho Chi Minh today, and I am looking forward to the cooler temperatures once more (it’s been above 40C most days!) but definitely feel like I could explore this city for much longer. 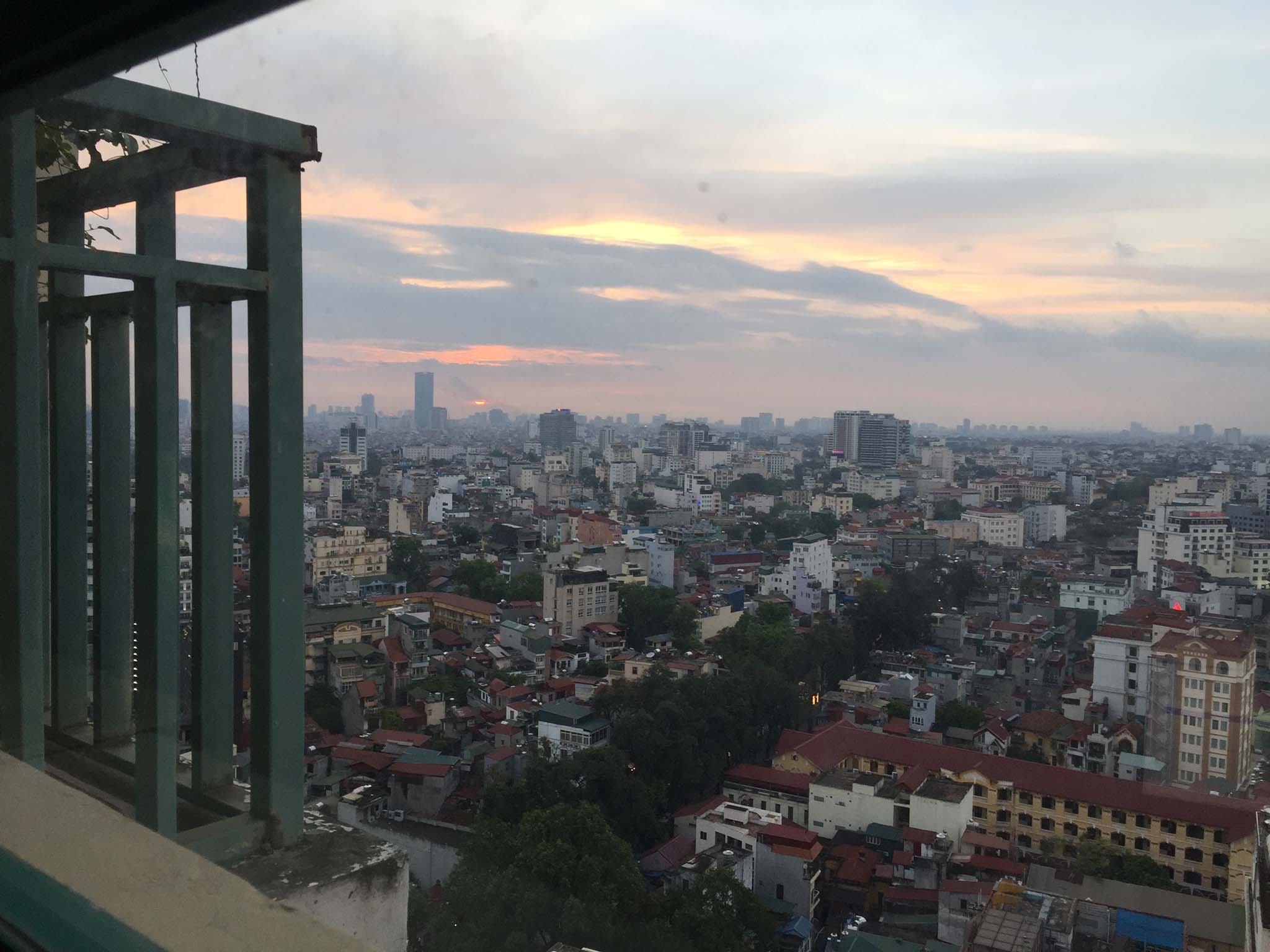 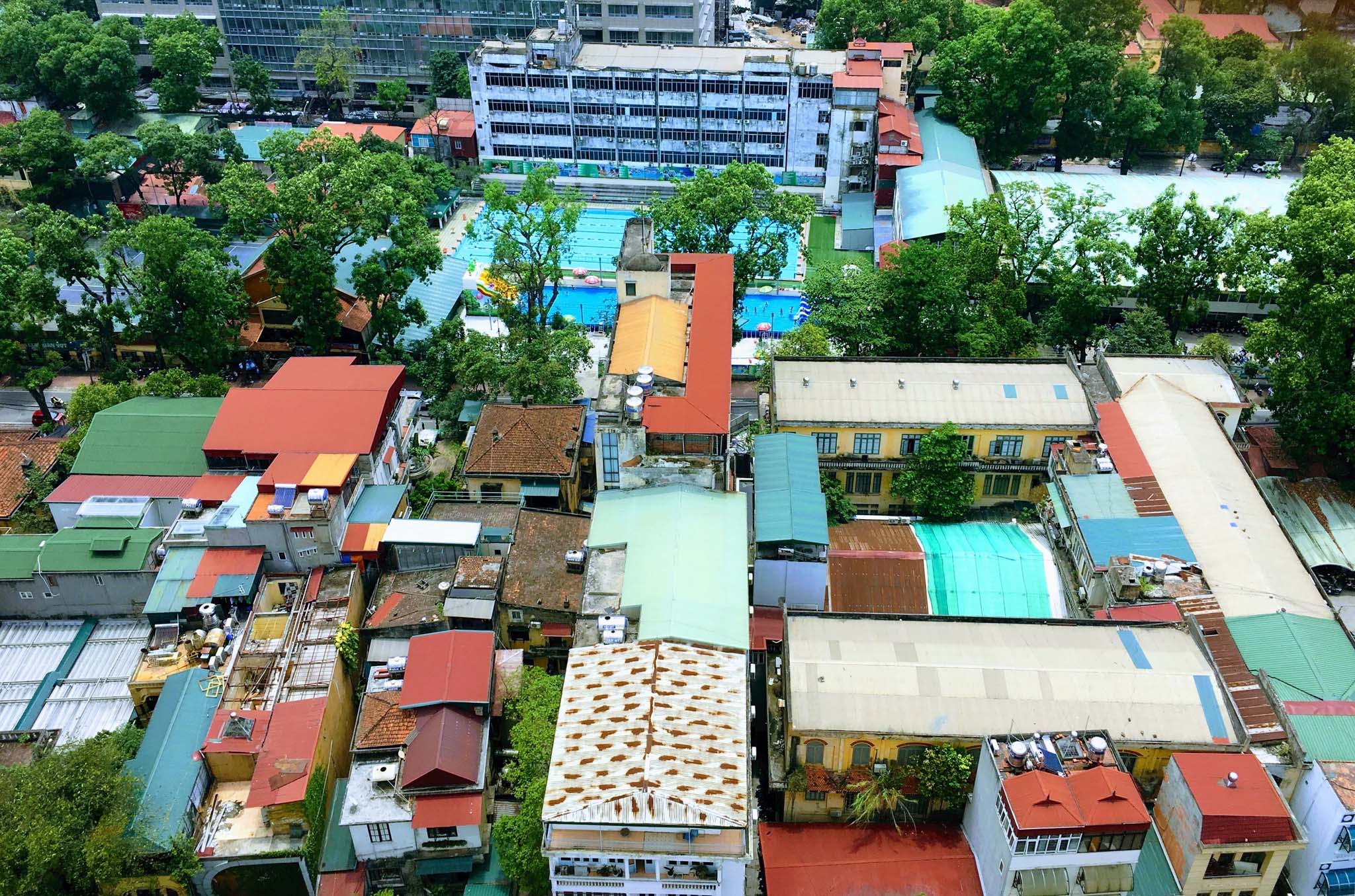 Another great view. Mrs. Tin, our host, swims in the public pool several days per week. 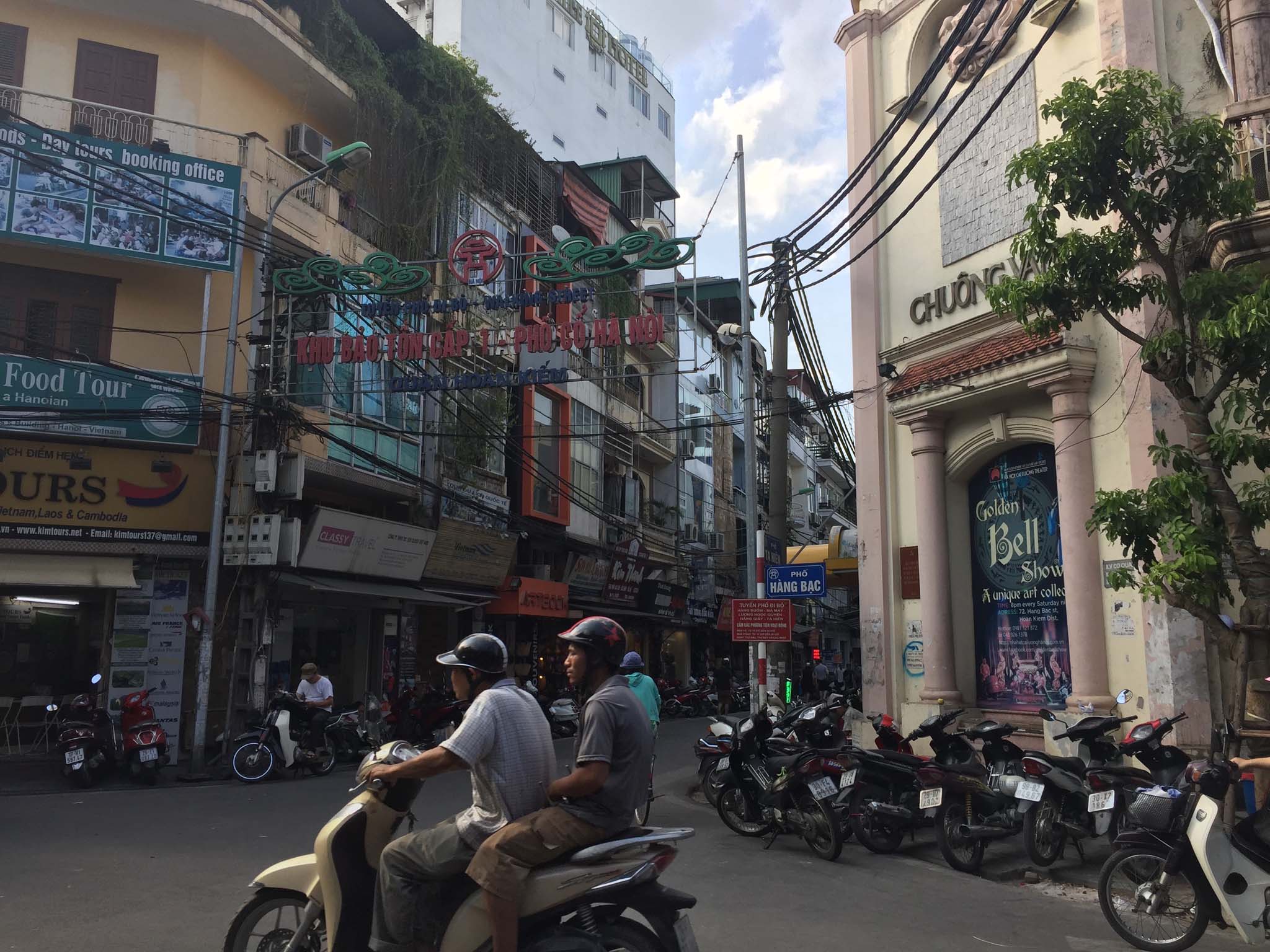 Exploring the Old Quarter. So many neat gift shops and cafes. 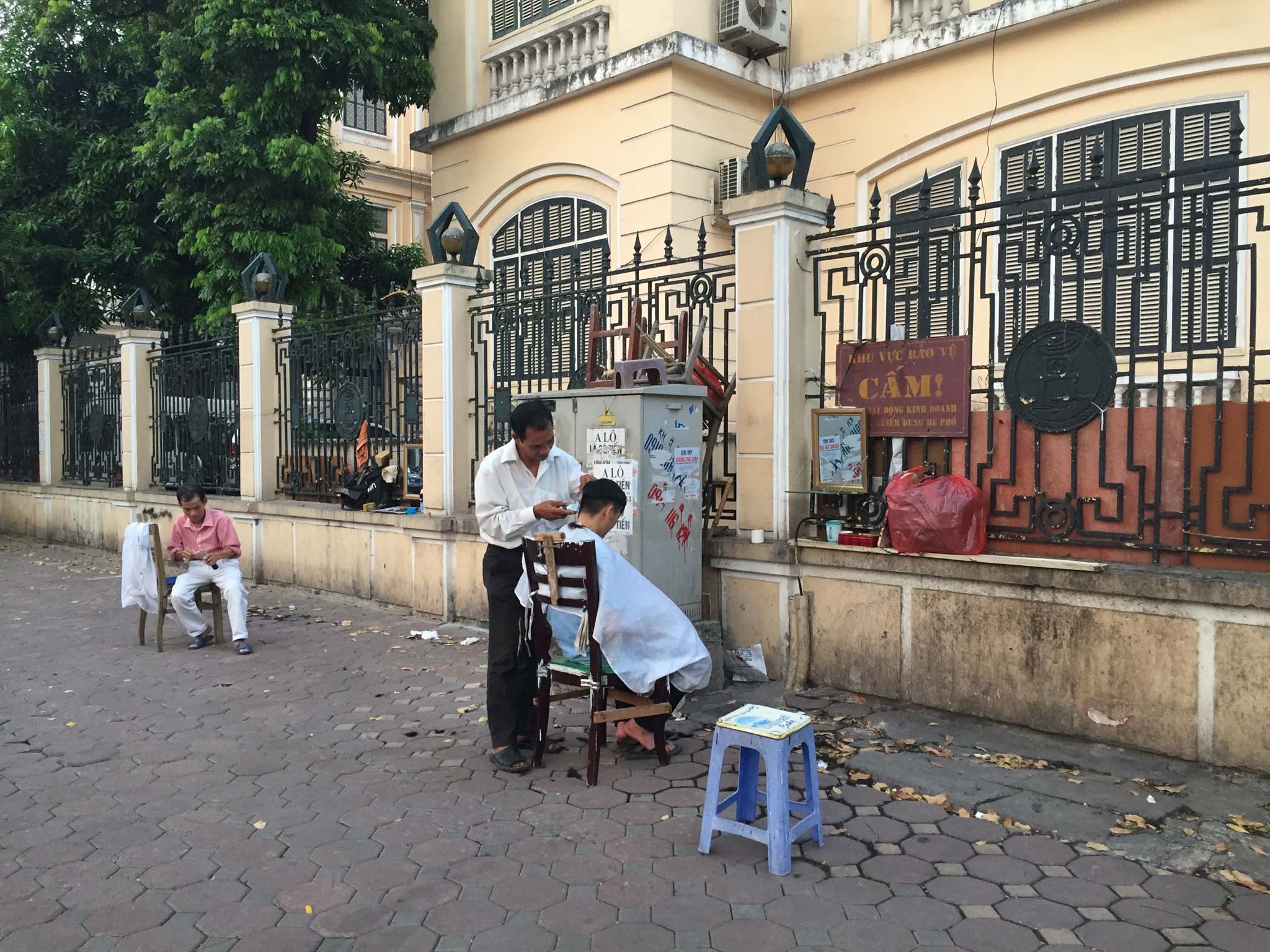 Roadside haircut. I see these a lot, but am not brave enough to try one……… 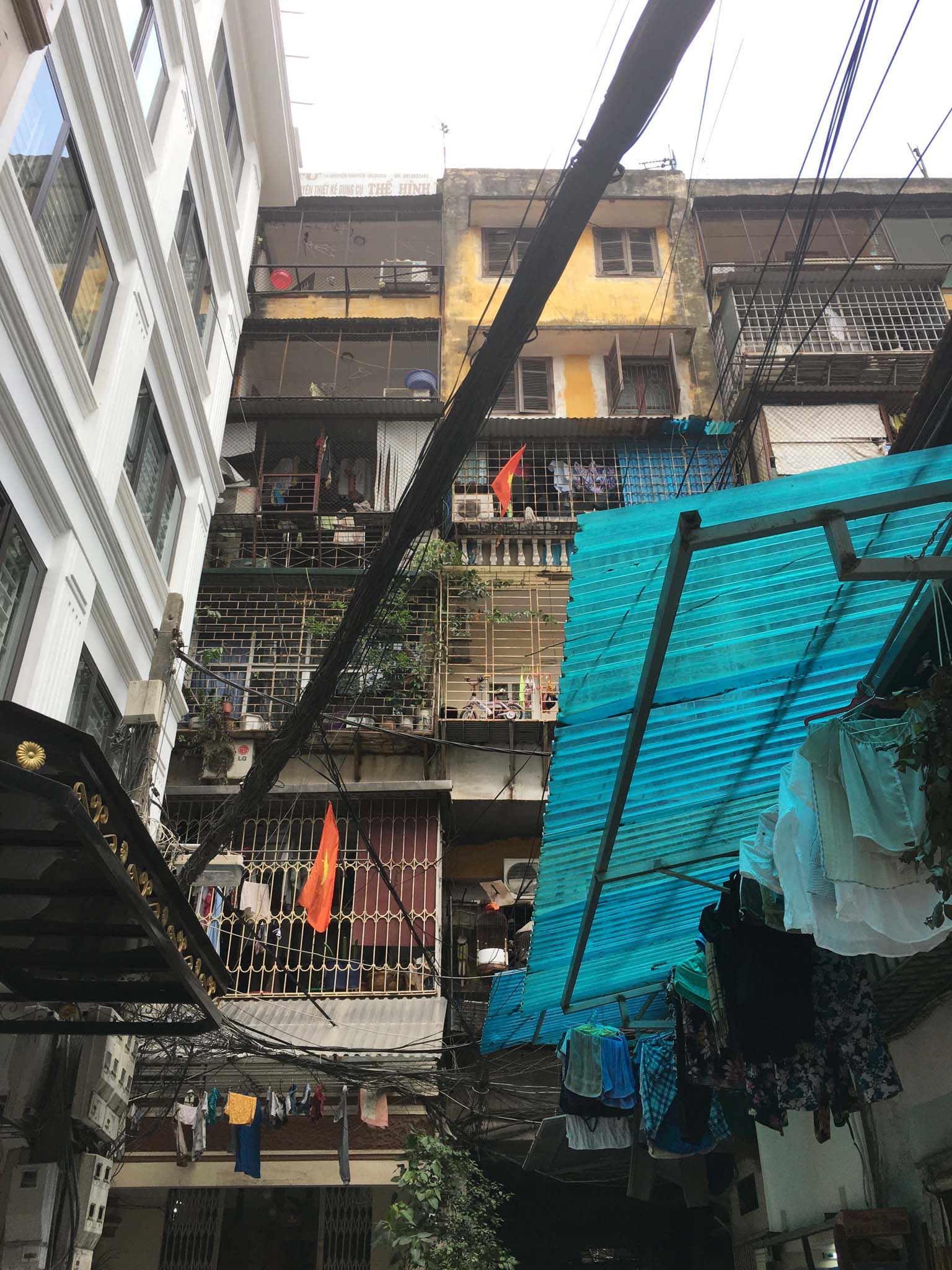 A residential area we stumbled across by going down tiny alleys. 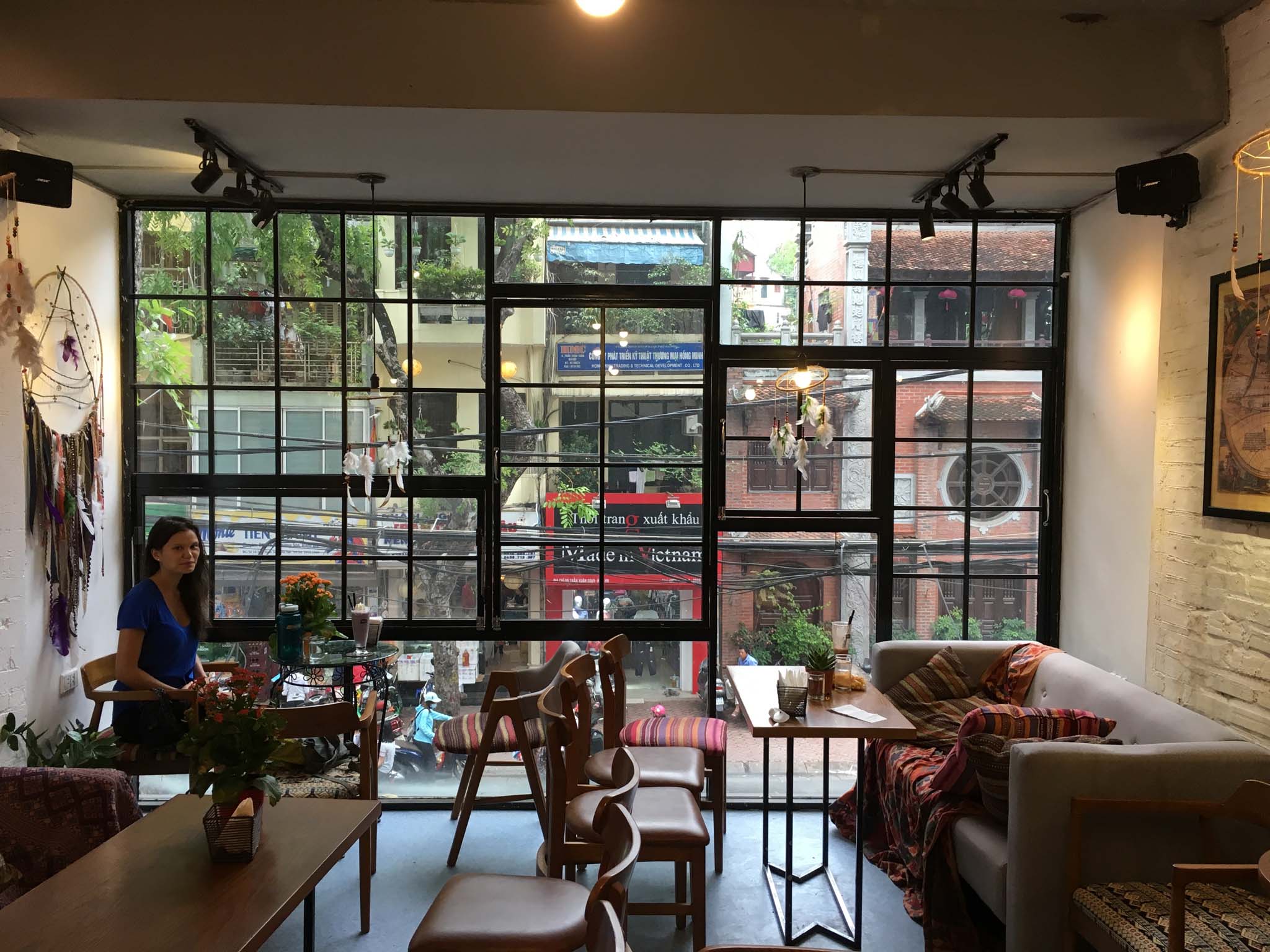 One of many cute cafes we have spent afternoons in, reading and drinking Vietnamese coffee and smoothies. 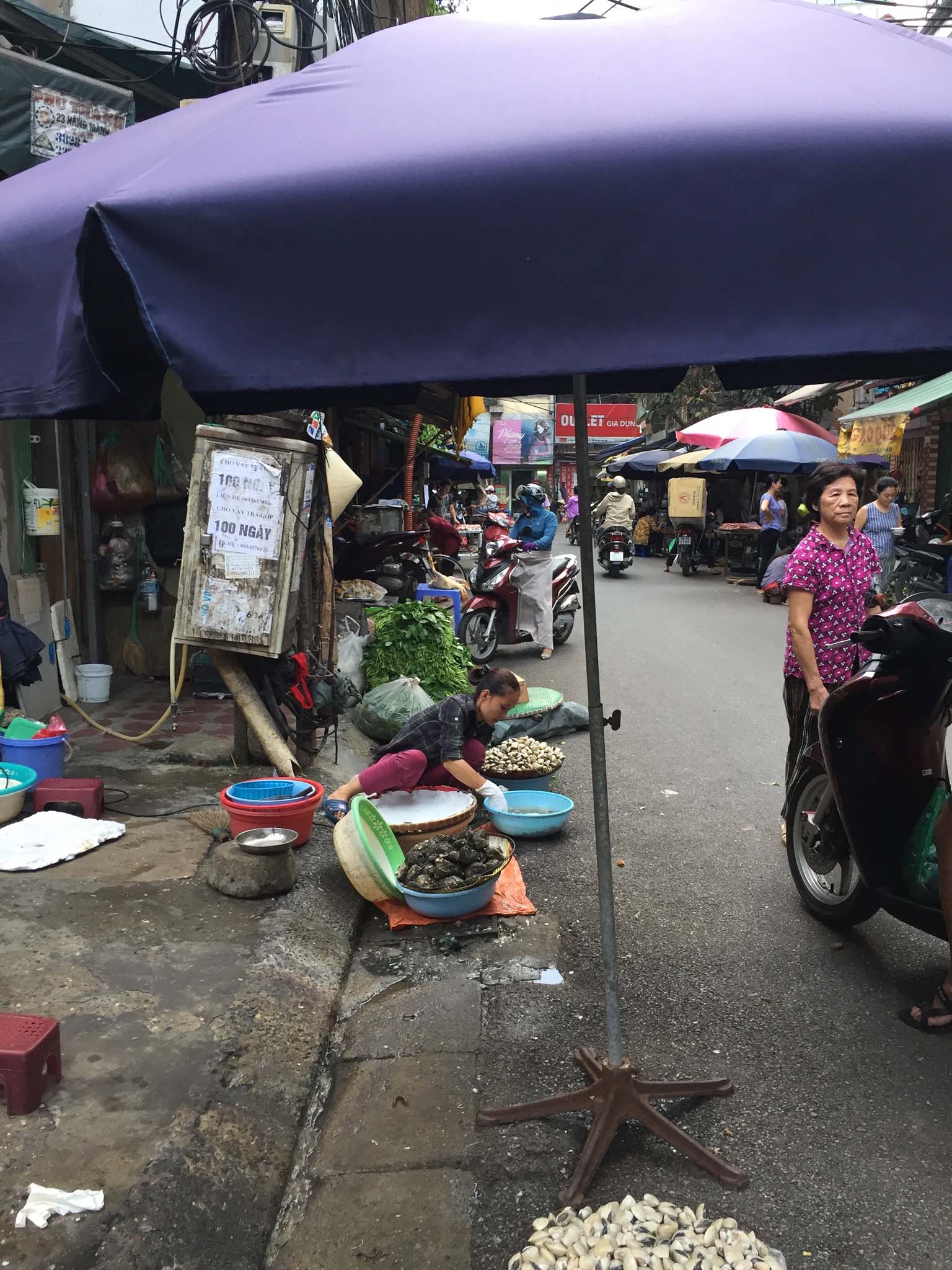 So many colourful and animated streets. 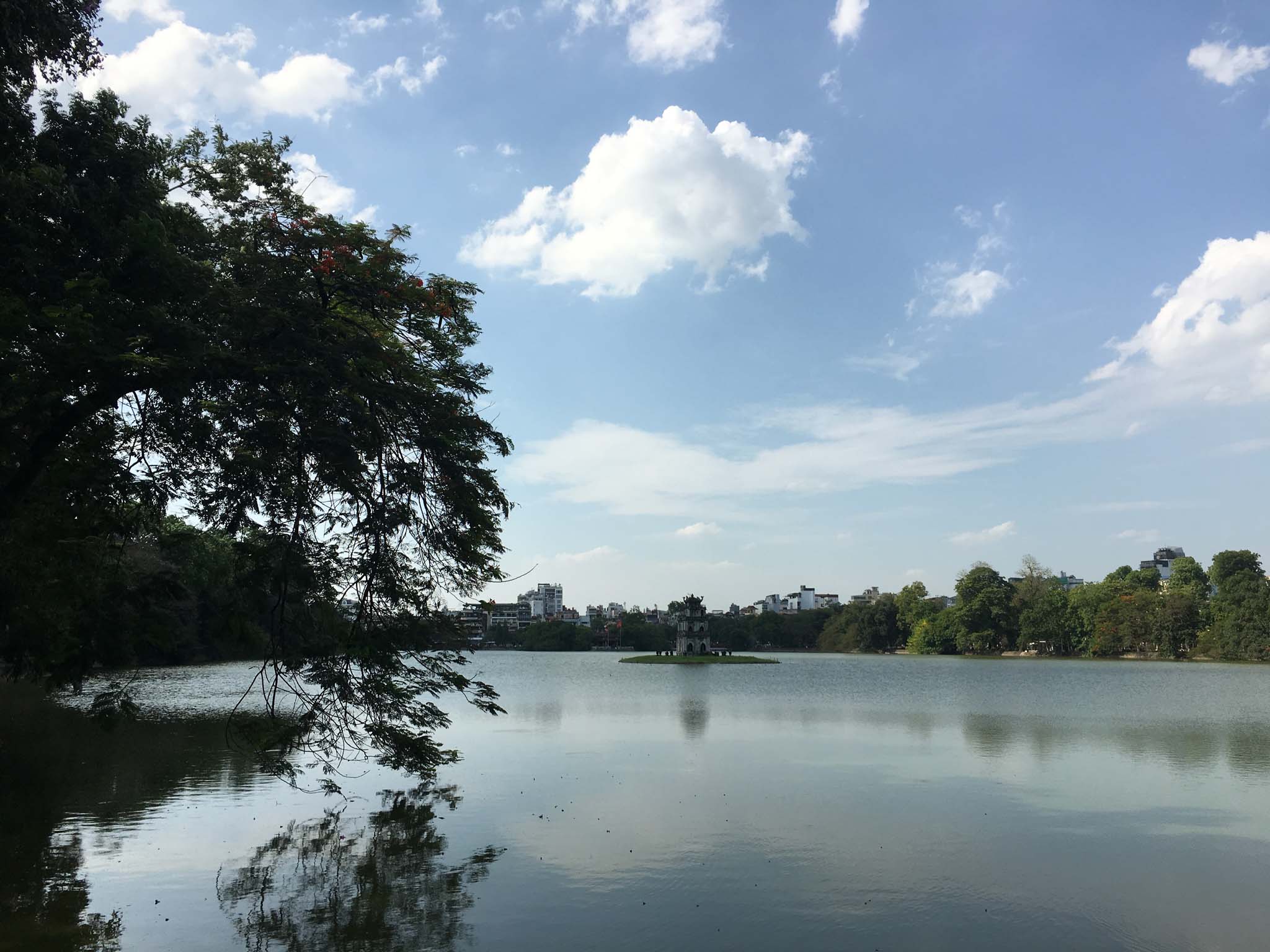 Hoan Kiem Lake, with the Turtle Tower in the centre. 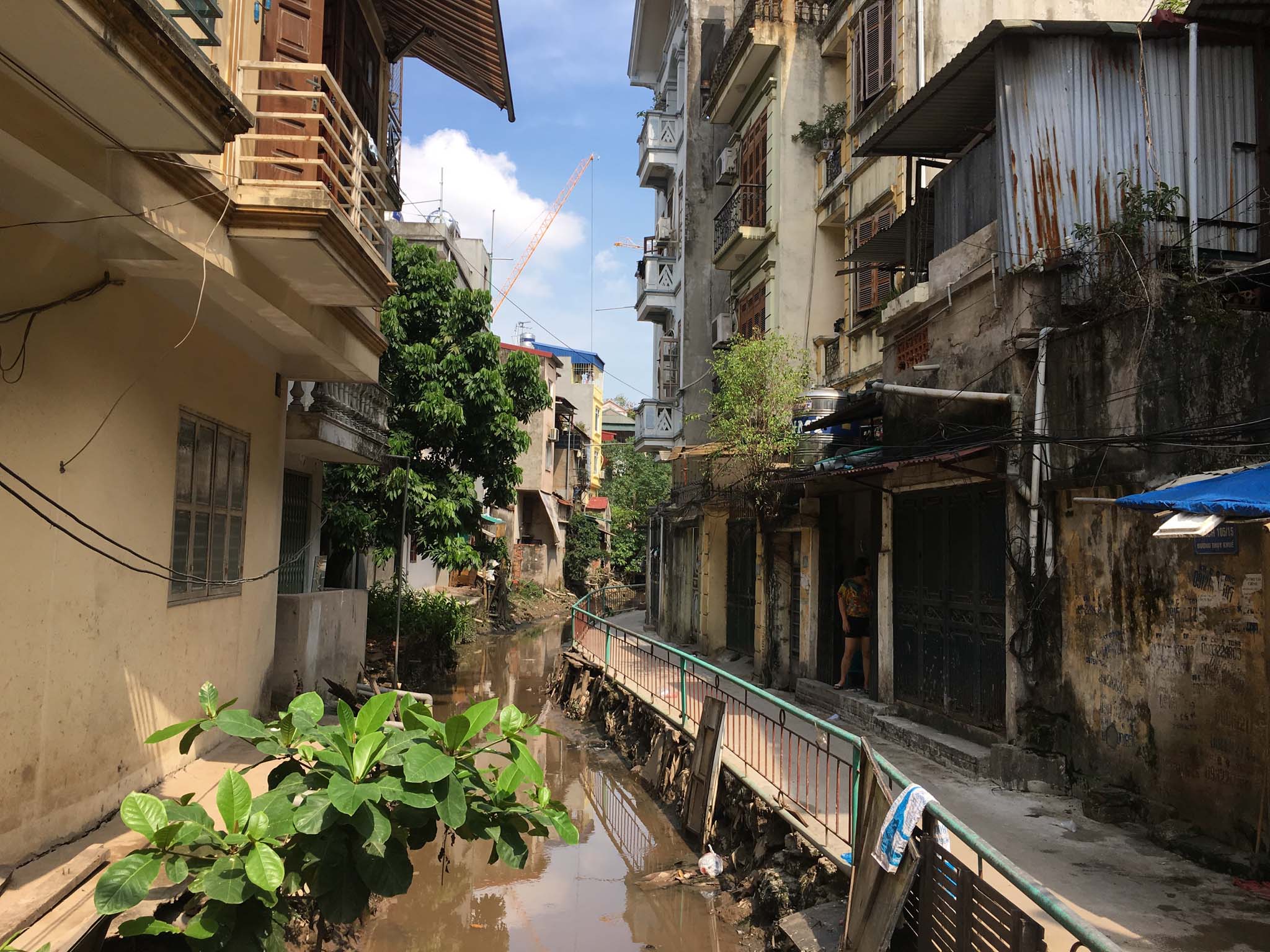 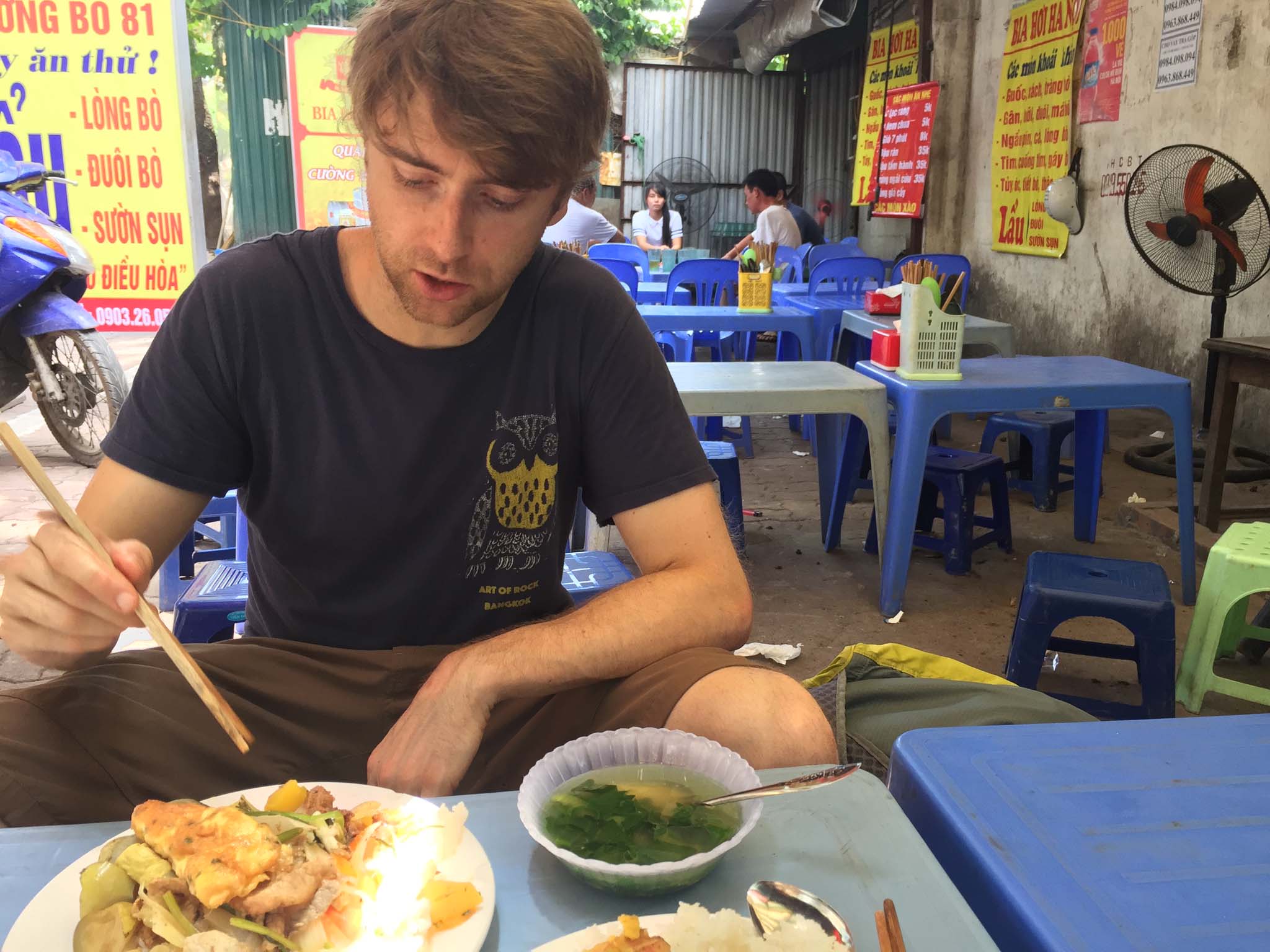 Enjoying another roadside restaurant. We order best when the menu has photos or we can just point at what we want, like we could here. For $2.50, it was a delicious, filling meal. 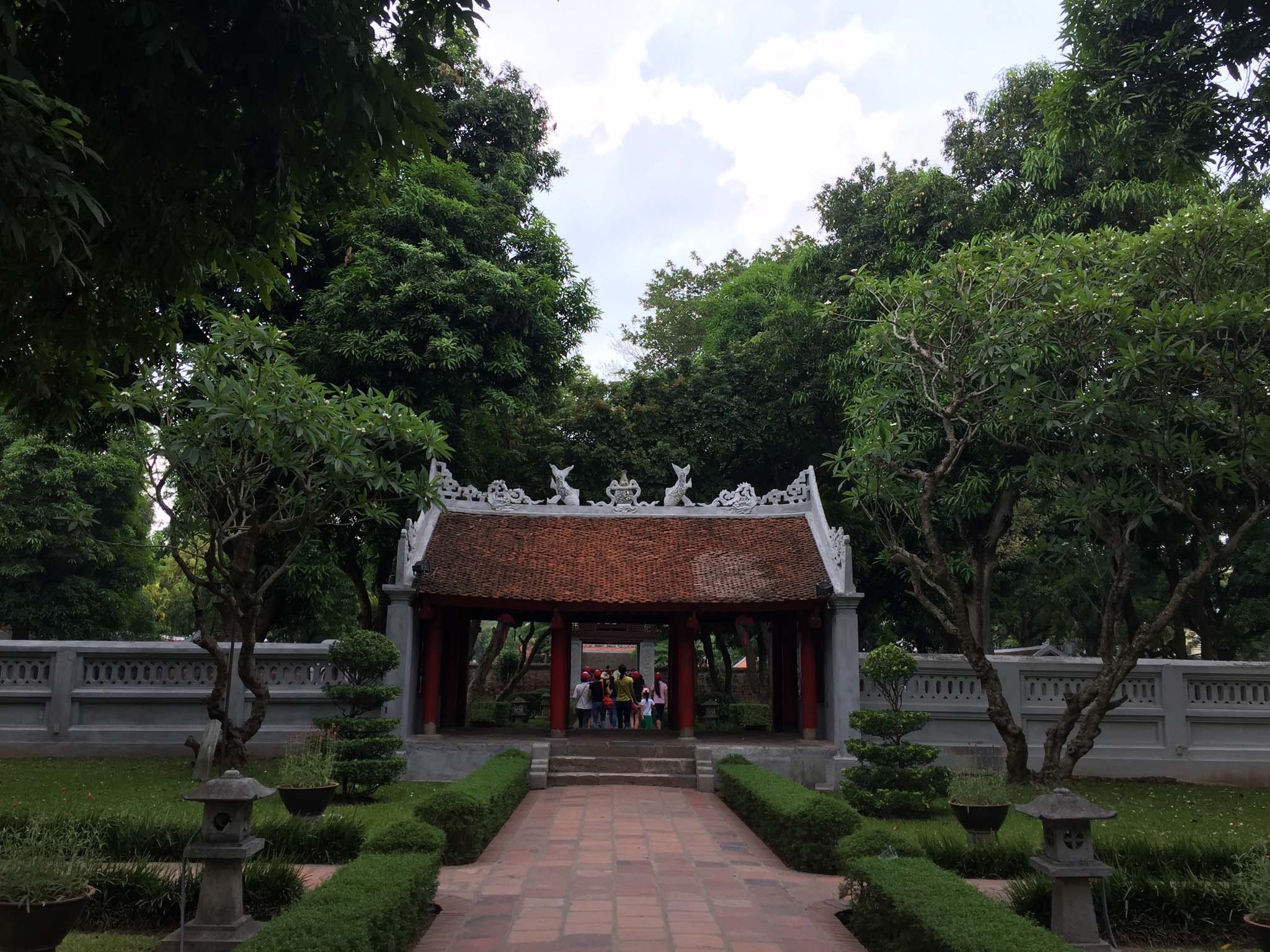 The Temple of Literature, where many parts date back to 1070. It was surreal to think about, especially being used to young Canada. 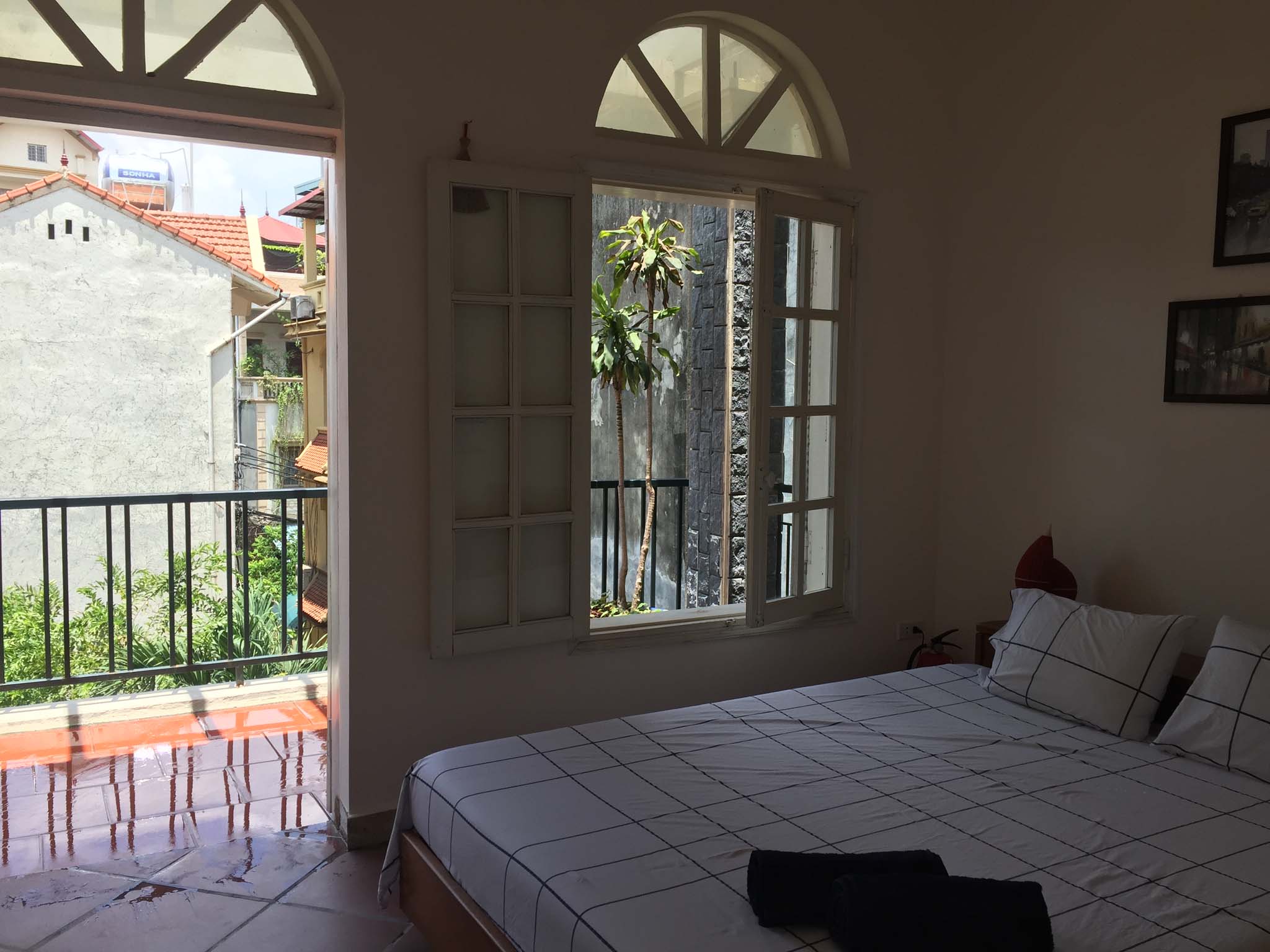 Our second AirBnB, run by Quirien and Resy from the Netherlands. It almost feels like we’re sleeping outdoors, and the breeze is wonderful in the heat. 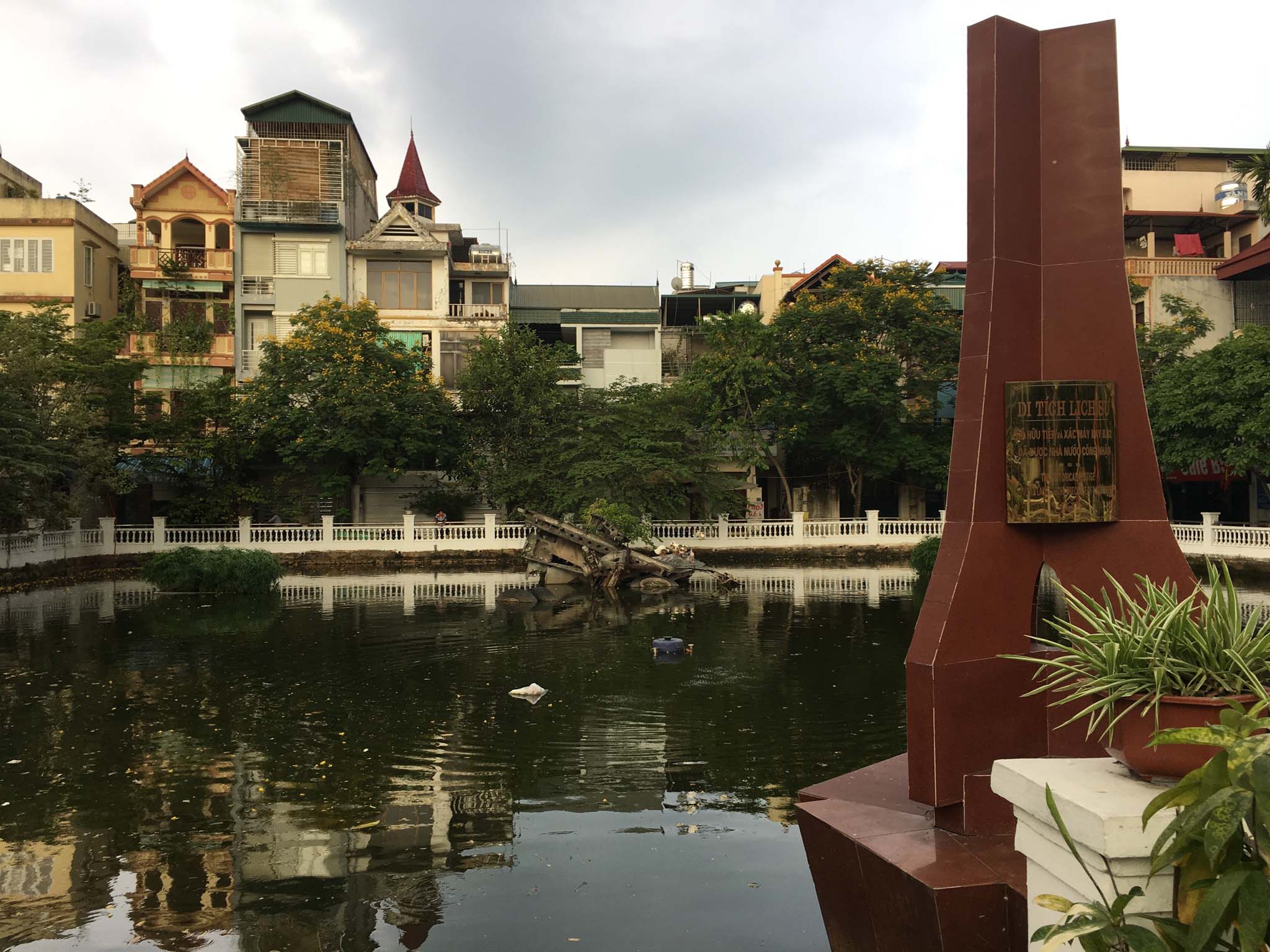 We stumbled across this B-52 war monument blocks from our AirBnB, in the middle of a residential neighbourhood. John was in heaven. 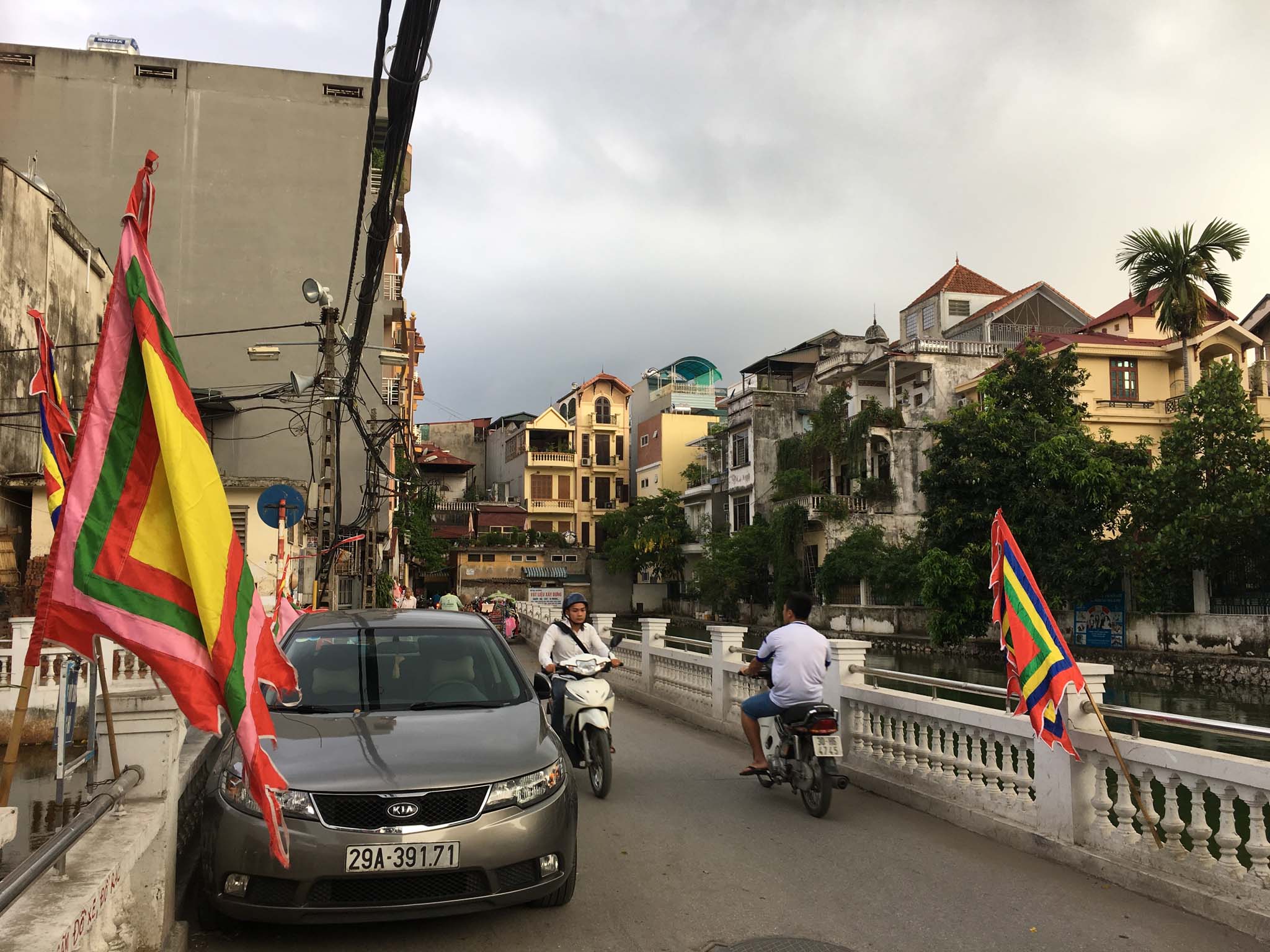 The colourful neighbourhood near our second AirBnB. 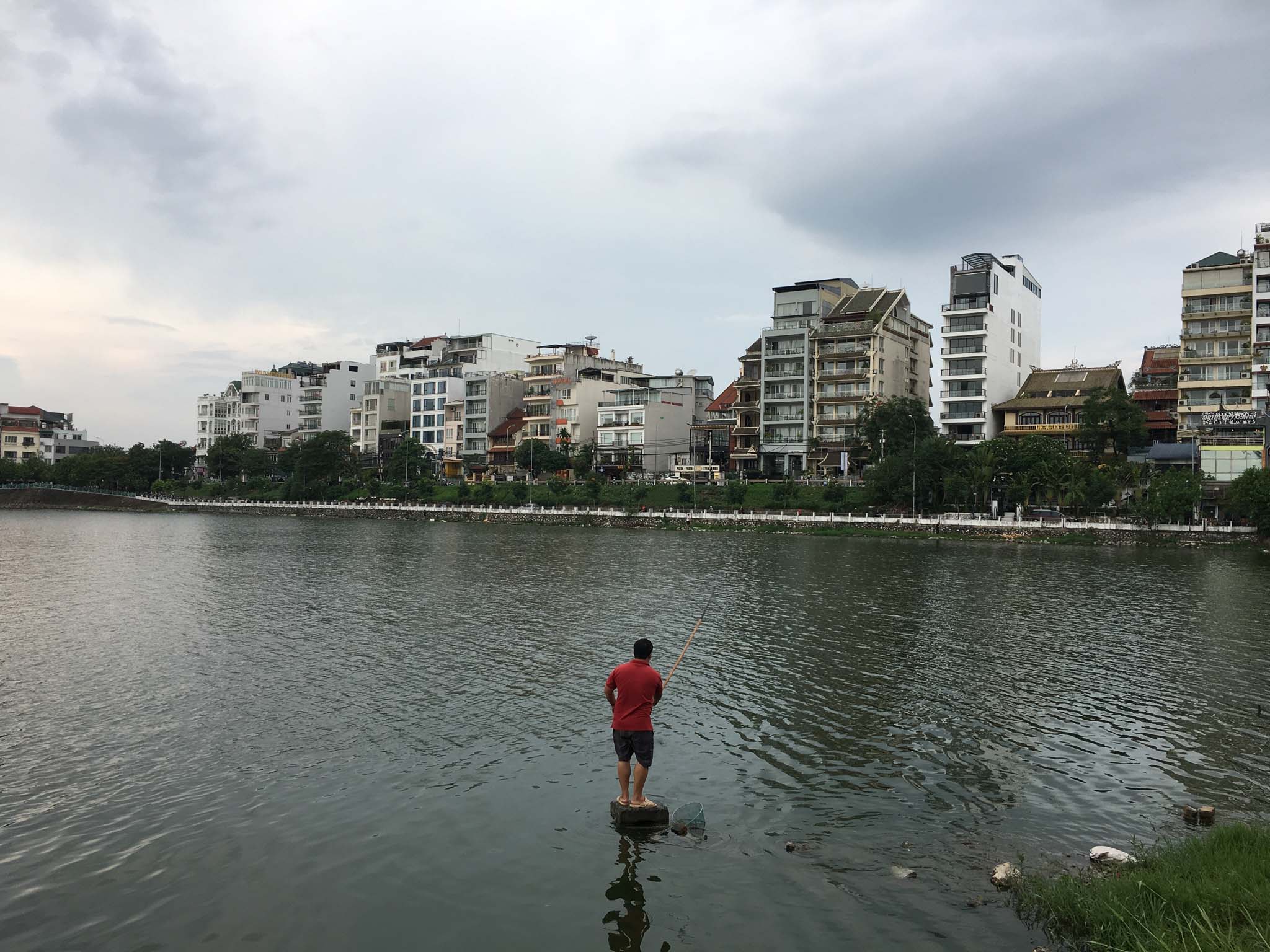 Fishing in West Lake, the largest lake in Hanoi and around which we’ve learned most of the expats choose to stay. There are many neat stores and cafes. 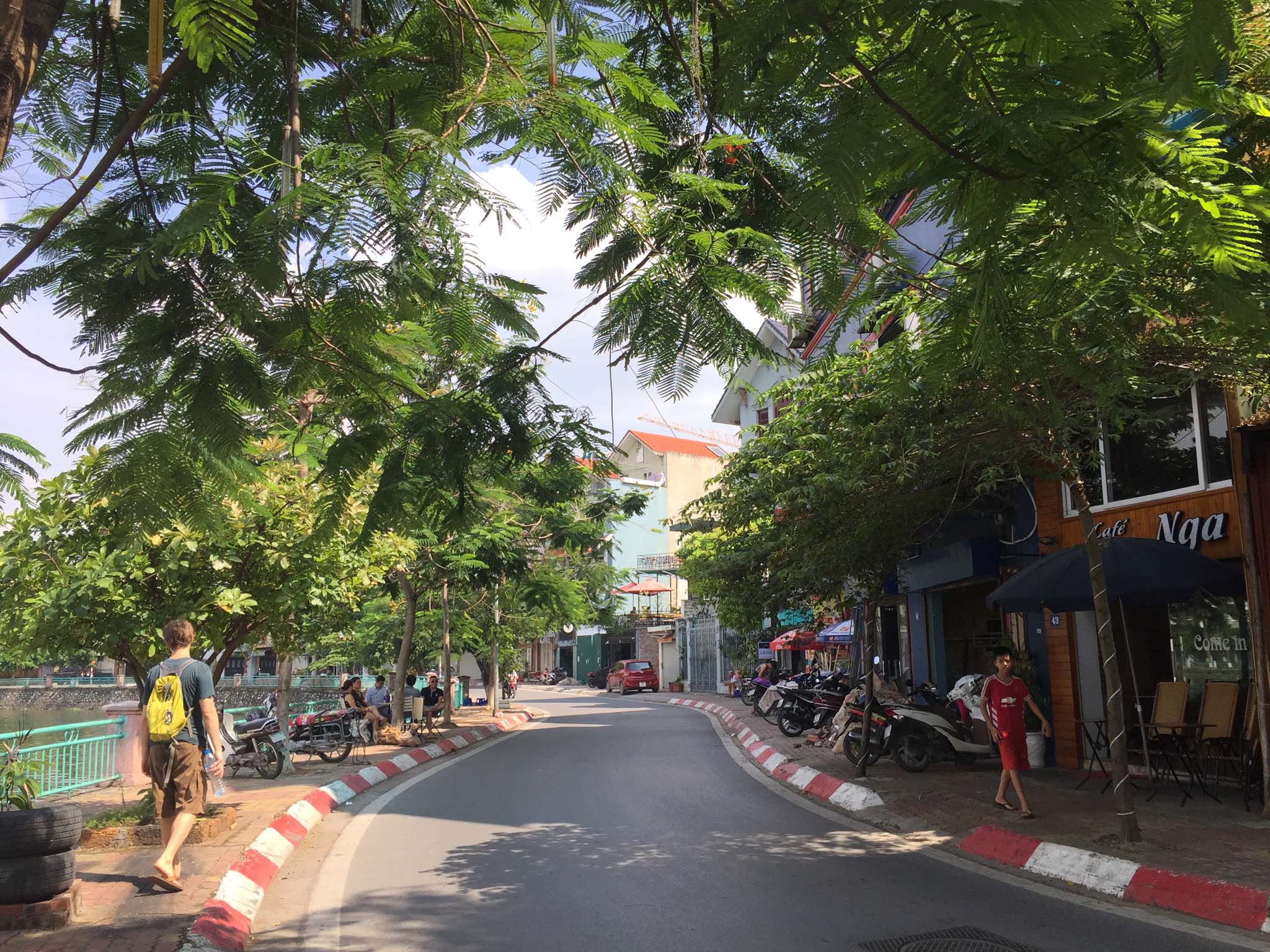 Another cute neighbourhood along West Lake.

On the 65th floor of the Lotte Observation Deck Sky Walk, the first sky walk built in SE Asia………definitely a little nervous.

Got a haircut on that corner in February this year….stopped traffic. Loved Hanoi

Did you really?! I’ve yet to see a foreigner in a chair! Haha I bet it did stop traffic. It’s such an interesting city……..my mom told me you really liked Dalat too, I hope to go there soon. I loved your photos and paintings of Vietnam on Facebook! What an interesting, colourful country to try to capture……..

Thanks for sharing snippets of your adventures and photographic memories with us! Love following along~

Aww I’m glad you do, it’s more fun to get to share them!