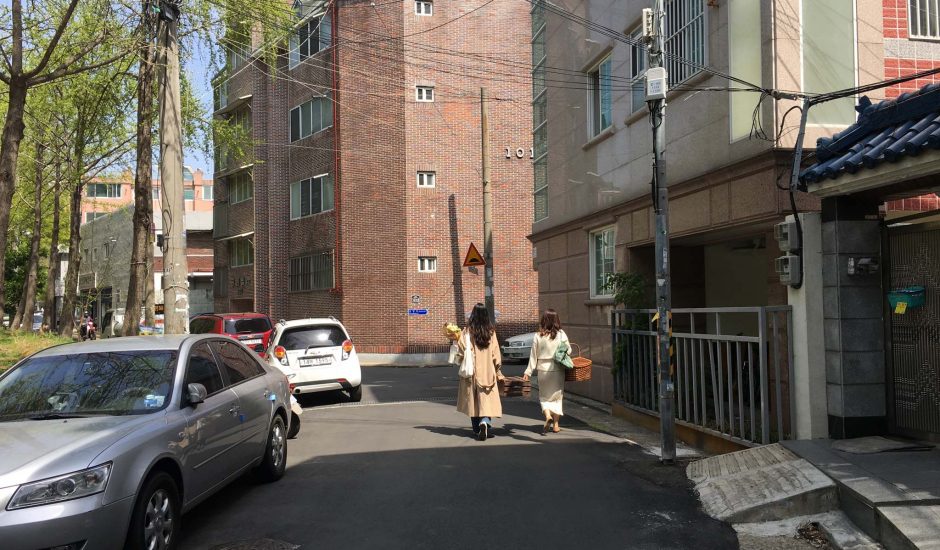 Korea is a mixture of all the countries we’ve been to in some ways, especially feeling like a blend of Japan and China, but maybe that’s just because we’ve been to both so recently. But it felt like it had a lot of the modernity and trendiness of Japan, mixed with more of the less-developed feel of China and more of the up-front authenticity of the Chinese people. We really enjoyed the vibe and energy here.

Apparently privacy is a big deal in South Korea. All cars have tinted windows. Most buildings, too. We even noticed on television all passersby faces are blurred out. And neatest of all, the monorail train windows turn opaque when passing close to apartment buildings! Not sure what led to this.

Our host was the nicest Korean lady and we will miss her very much. She brought us clean towels almost daily, homemade meals at least once a week, and even invited us for dinner to her apartment above ours. Twice she drove us around the city in her smart electric Hyundai. Perfect way to experience Daegu.

Kakao is the number one messaging app in South Korea and boy is it popular here. There are little characters from the app and they are fully monetized just like Disney characters in the West. We saw a Kakao Friends shop with everything from Kakao stationary to teddy bears and toiletries all based on the emoticons from the app.

I often went to a Dunkin’ Donuts near a hospital (one of the few places with coffee that opens before 10AM) and all the other customers had IV’s attached. A favorite cafe of ours is also near a hospital, and many of the customers had IV’s attached. We saw an IV hanging from the mirror of a pickup truck. Not sure exactly what’s going on, but apparently some Koreans use glucose IV’s when they need a pick-me-up. 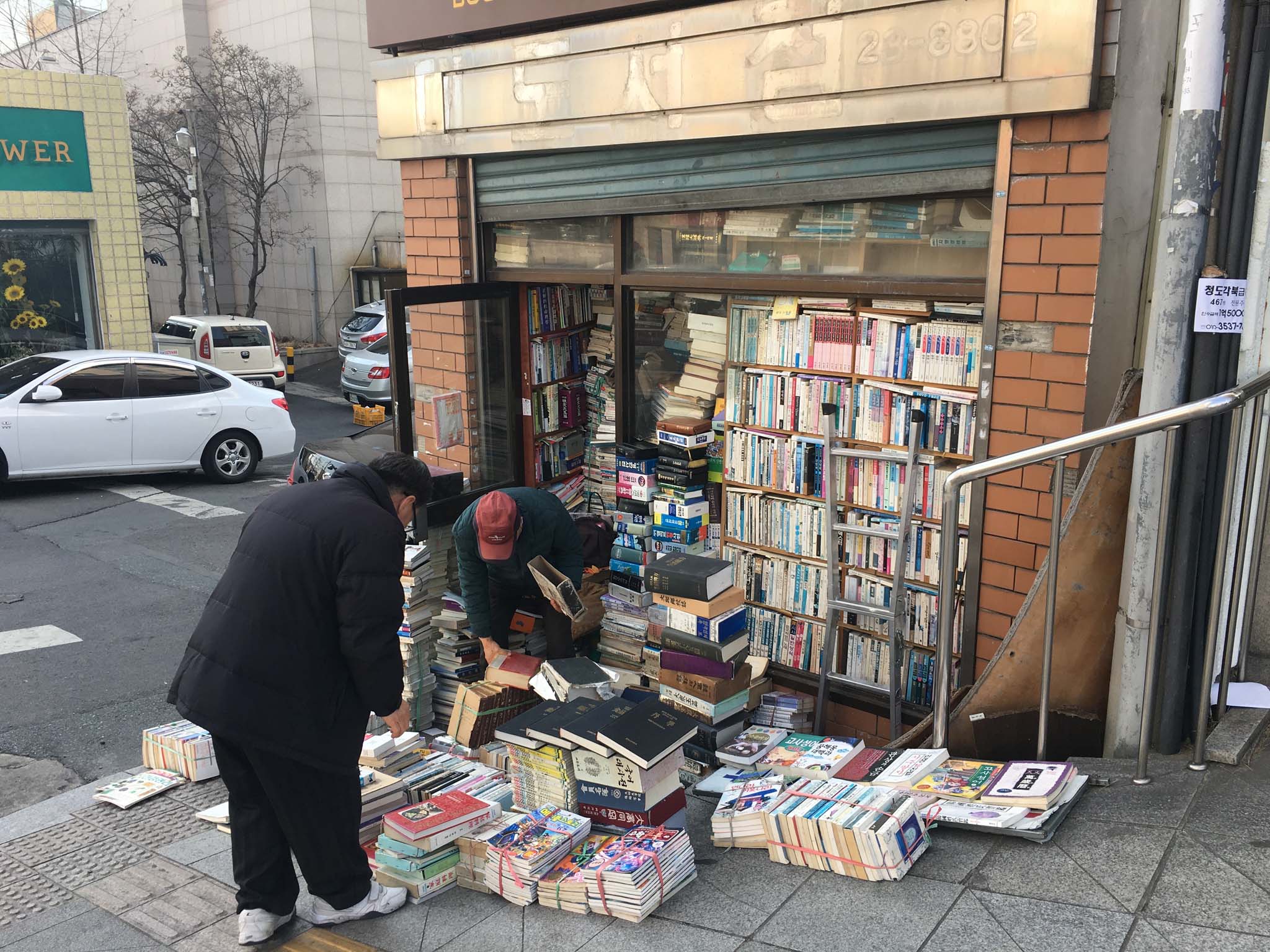 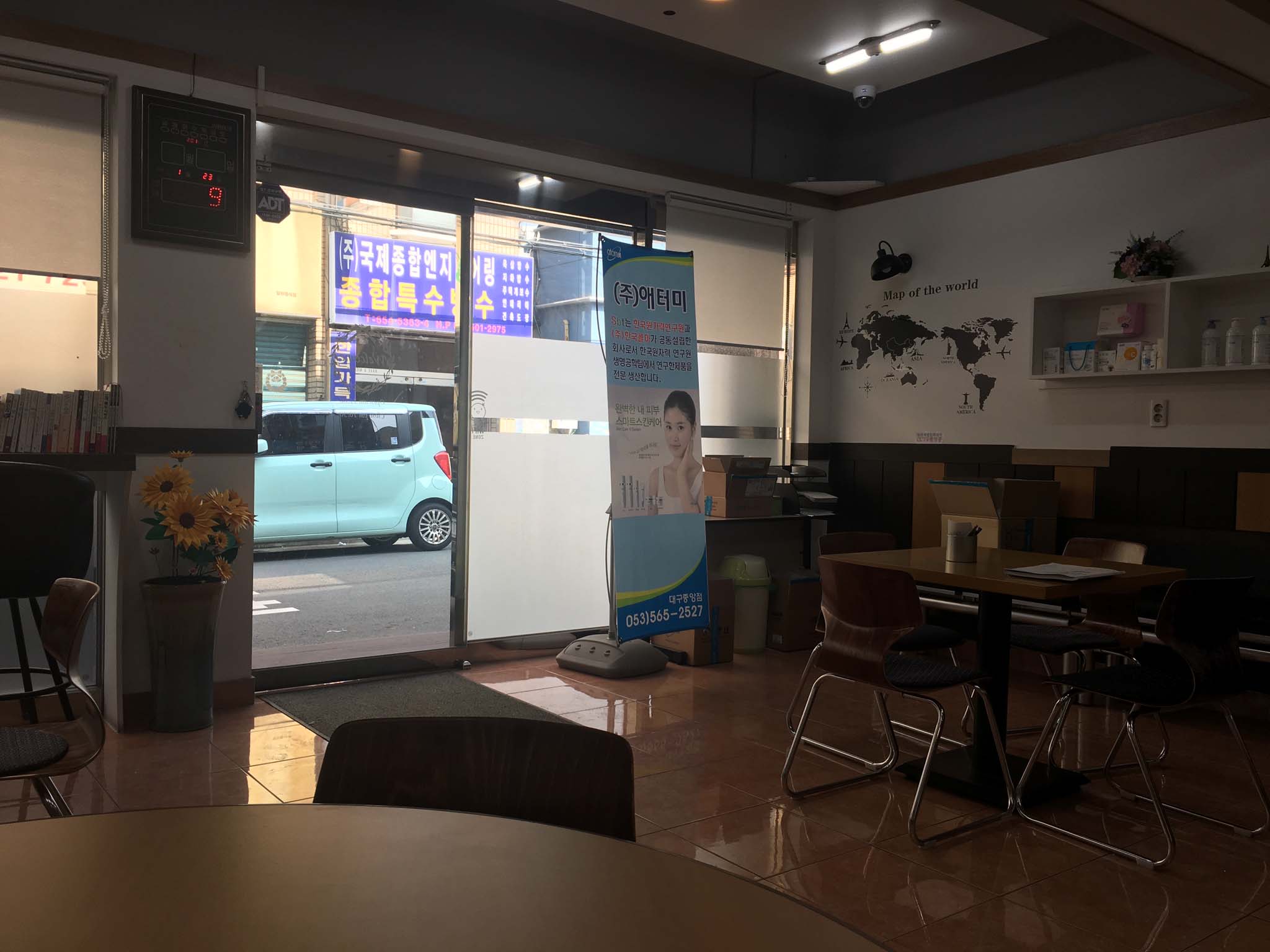 I walked into this coffee shop and requested a coffee. The coffee was instant and came in a small paper cup, like the one you might get from a water cooler. I thought this was strange but continued reading my book. Eventually, as I took in my surroundings, I realized it isn’t a coffee shop, but rather a multilevel marketing office. This was quite embarrassing but I stuck it out and finished my book anyways. I wasn’t charged for the coffee but if anyone needs cosmetics shoot me an email. 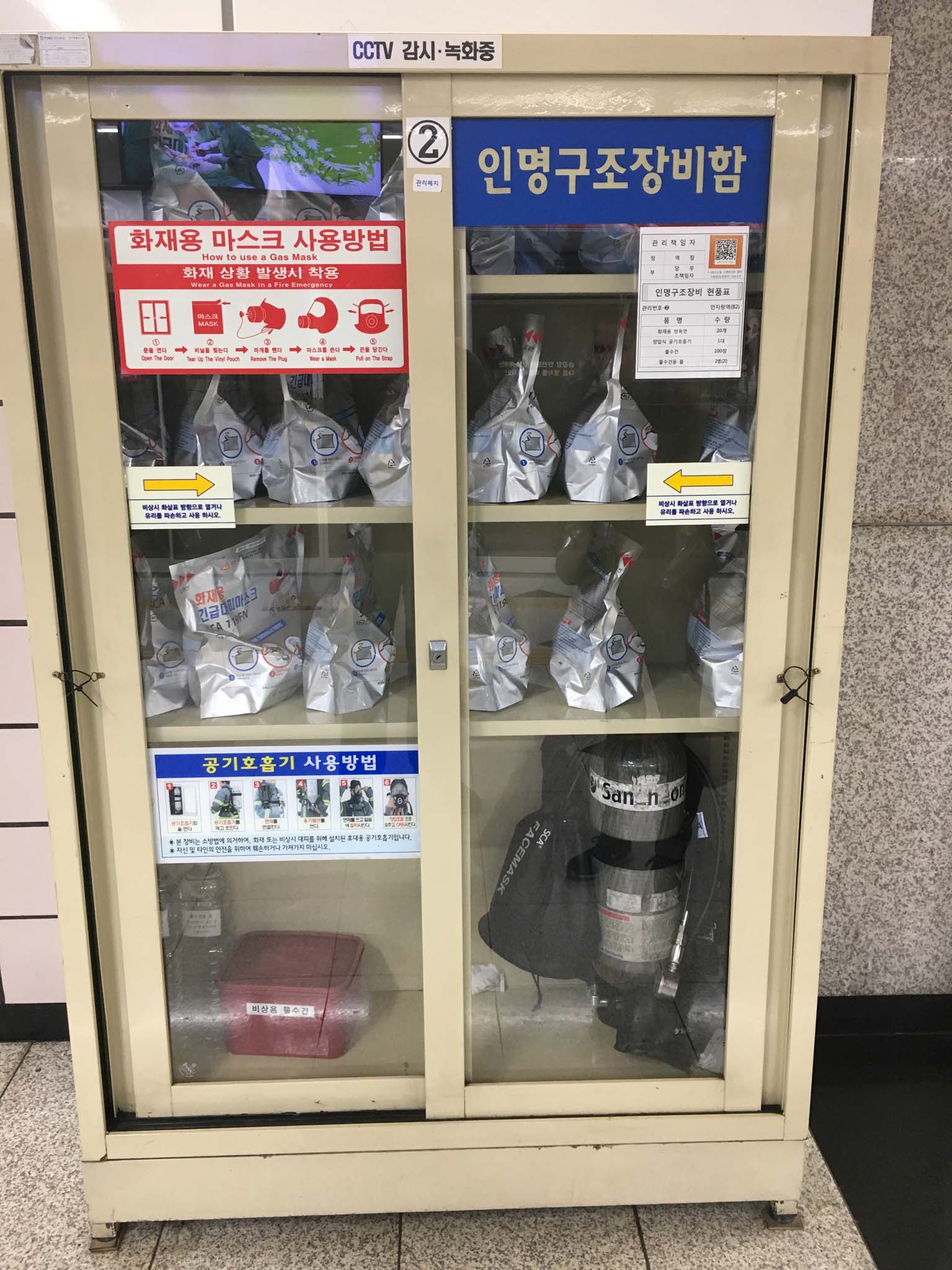 Gas masks are in each subway station. Should we be worried? 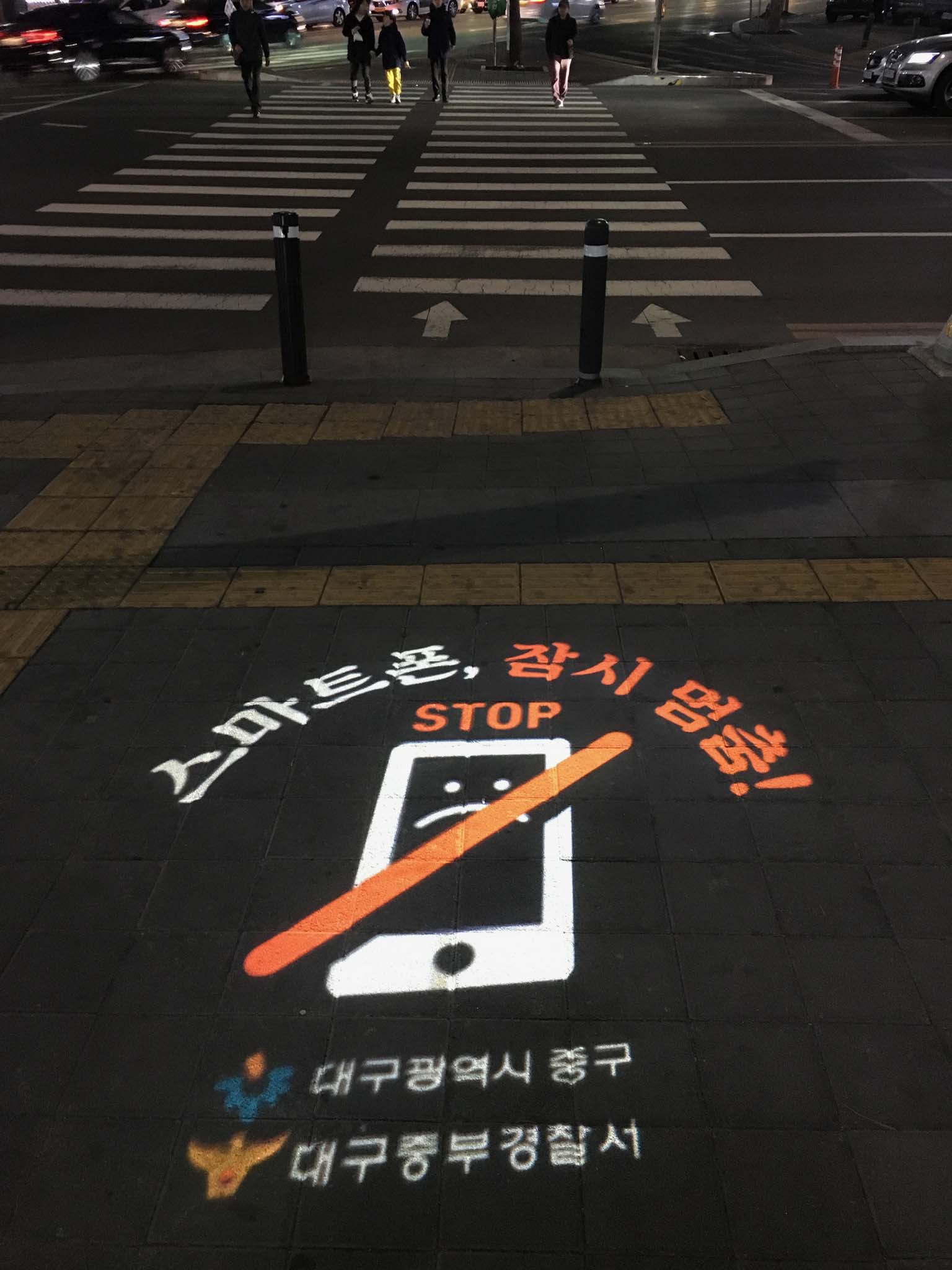 Just like in the west, everybody is on their mobile phones while walking about. 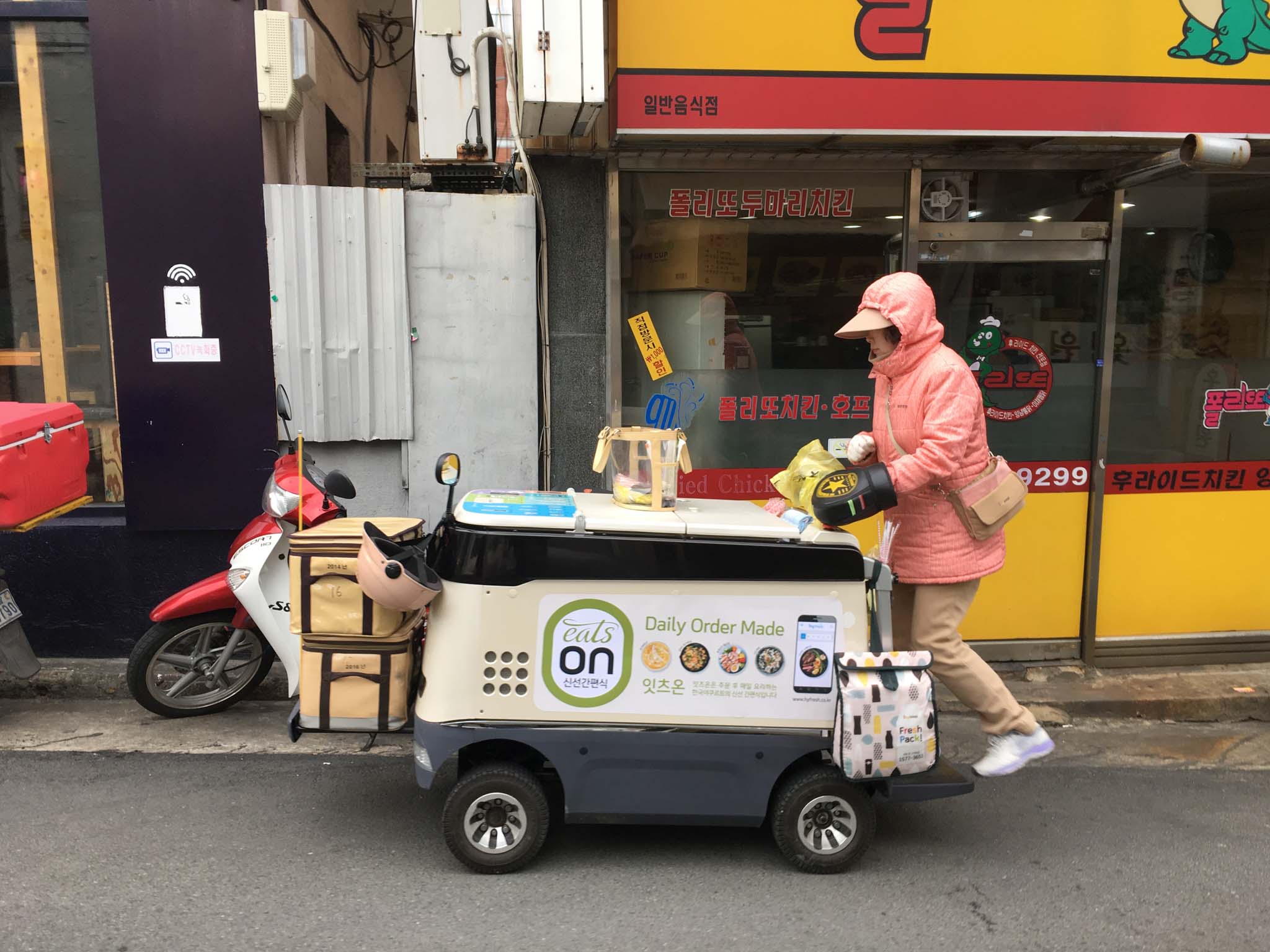 Cross a golf cart with a refrigerator and this is what ya get. Perhaps you can summon her with an app. 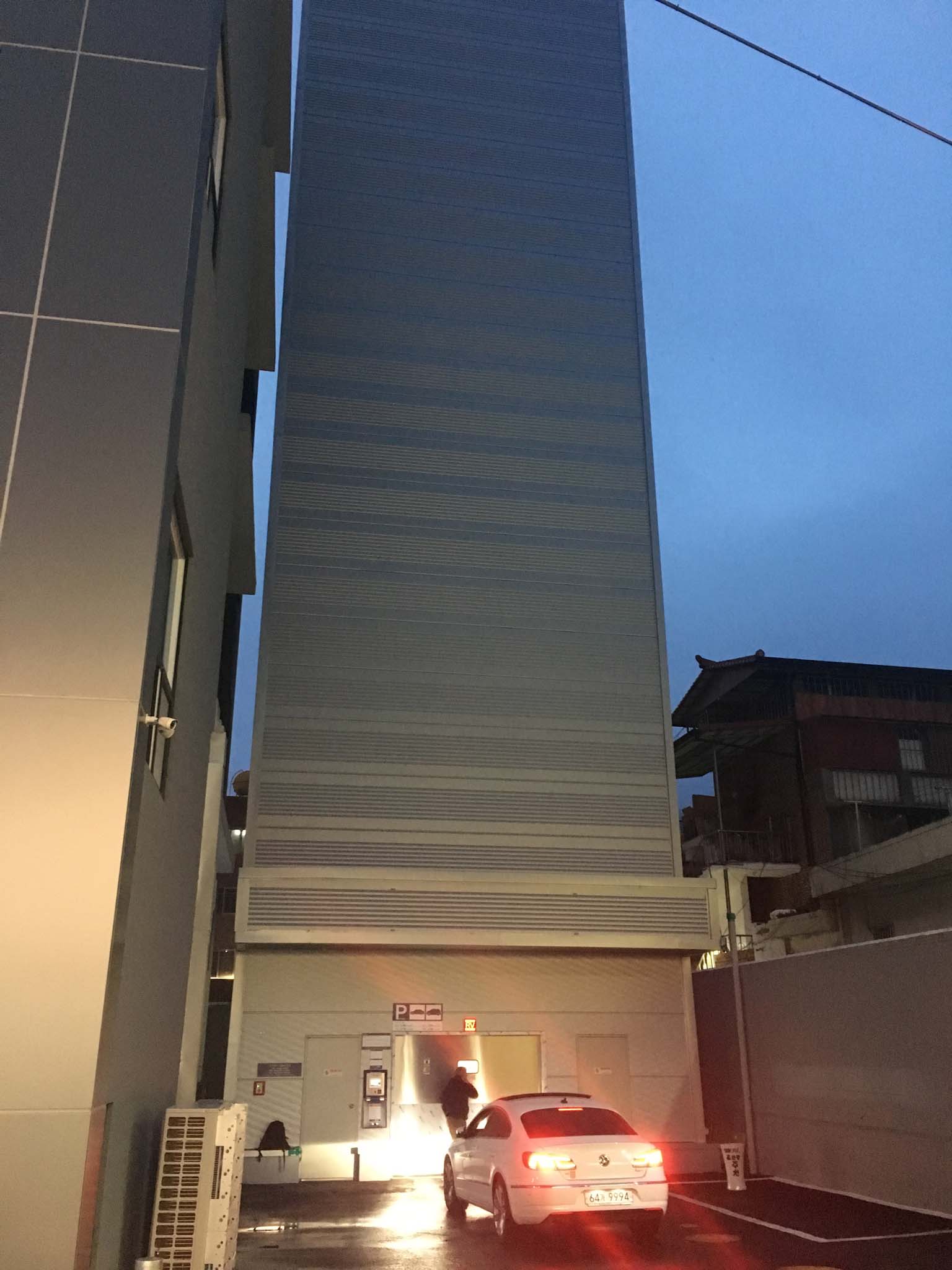 In S. Korea parking lots are vertical instead of horizontal. 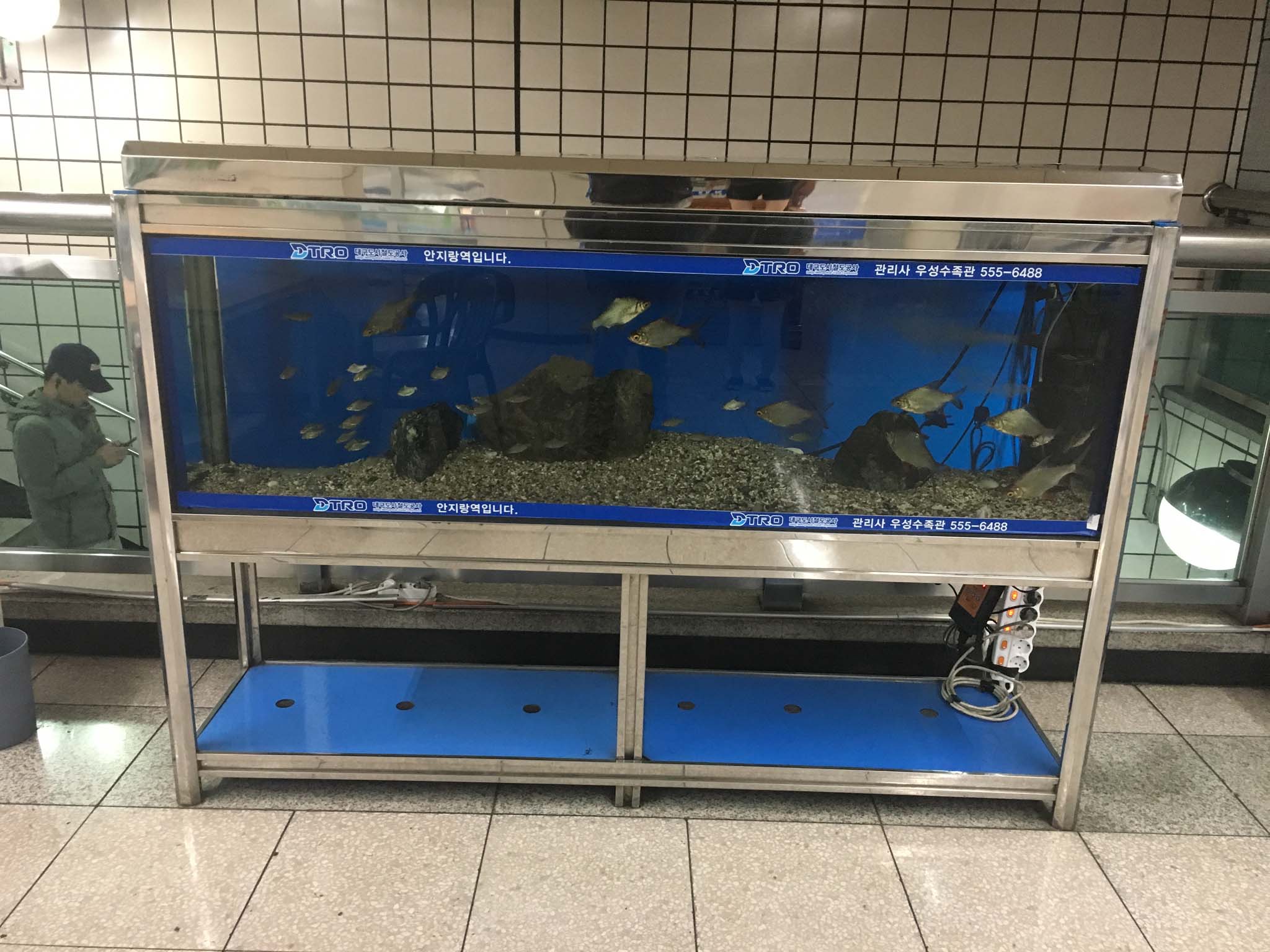 Why is there an aquarium in the train station? I don’t really want to know, I prefer to use my imagination. 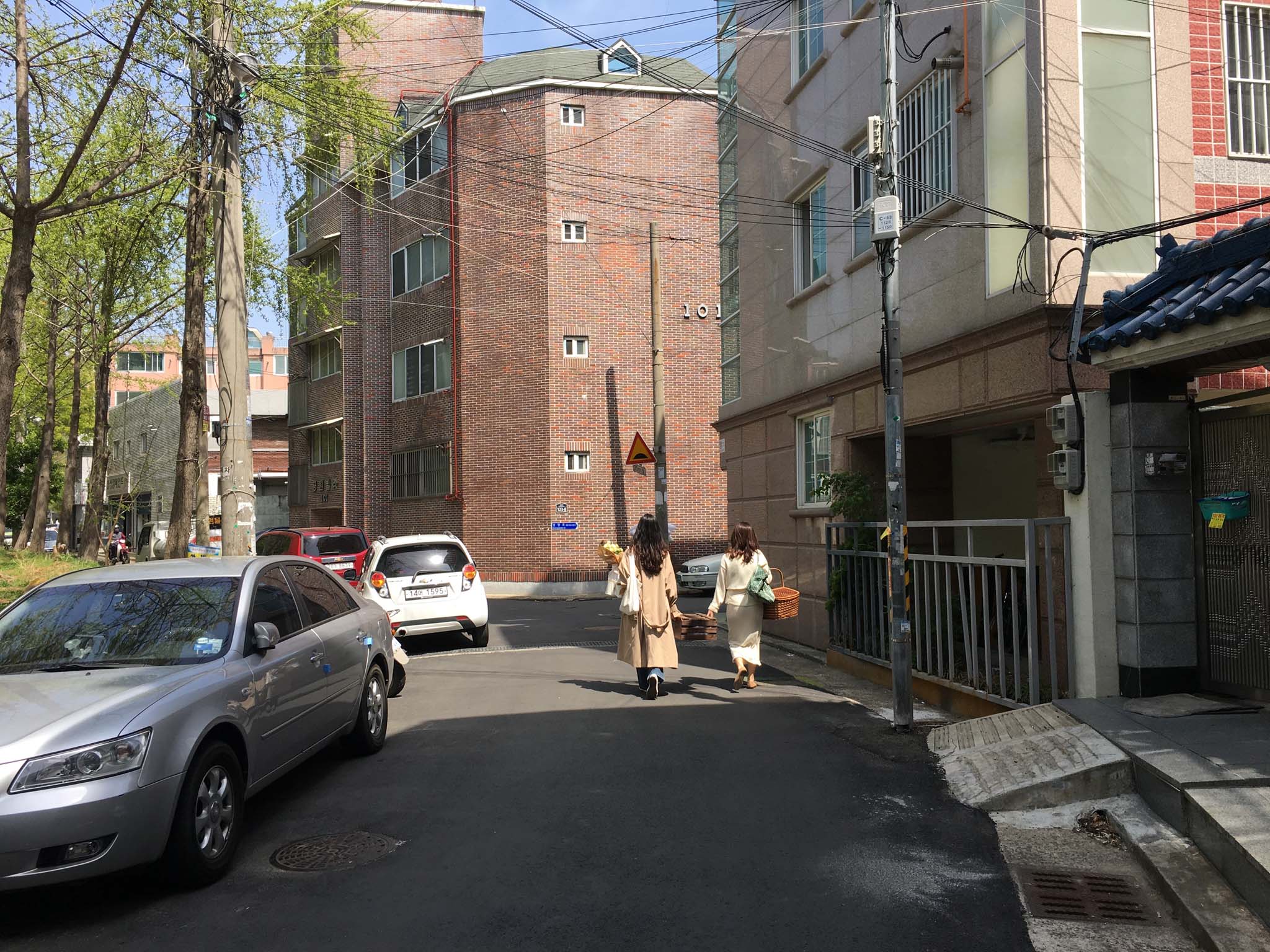 A store rents picnic baskets to take into the park. Brilliant idea! 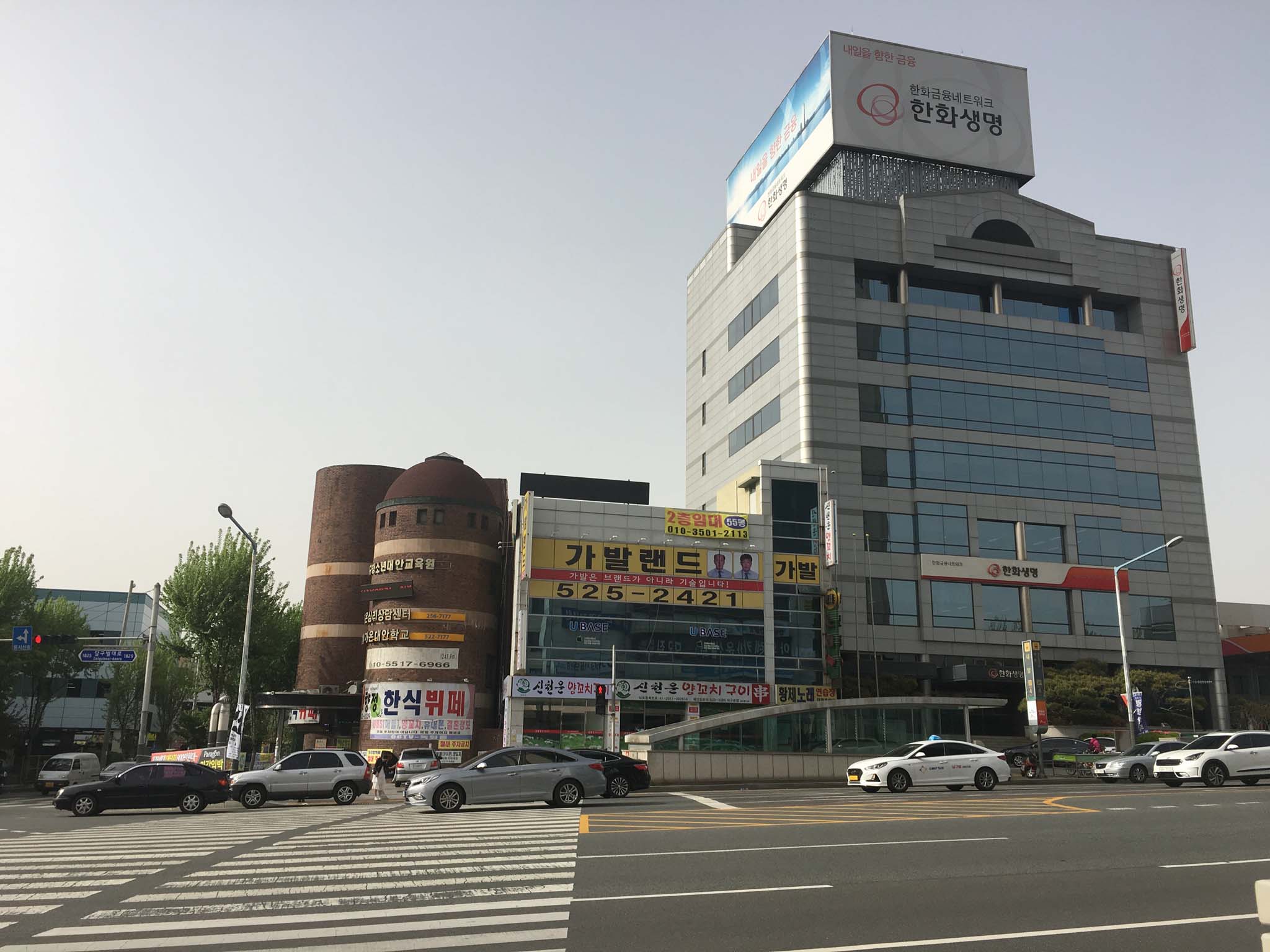 I love this photo because it captures Korea perfectly – old meets new. (And it’s not always pretty). 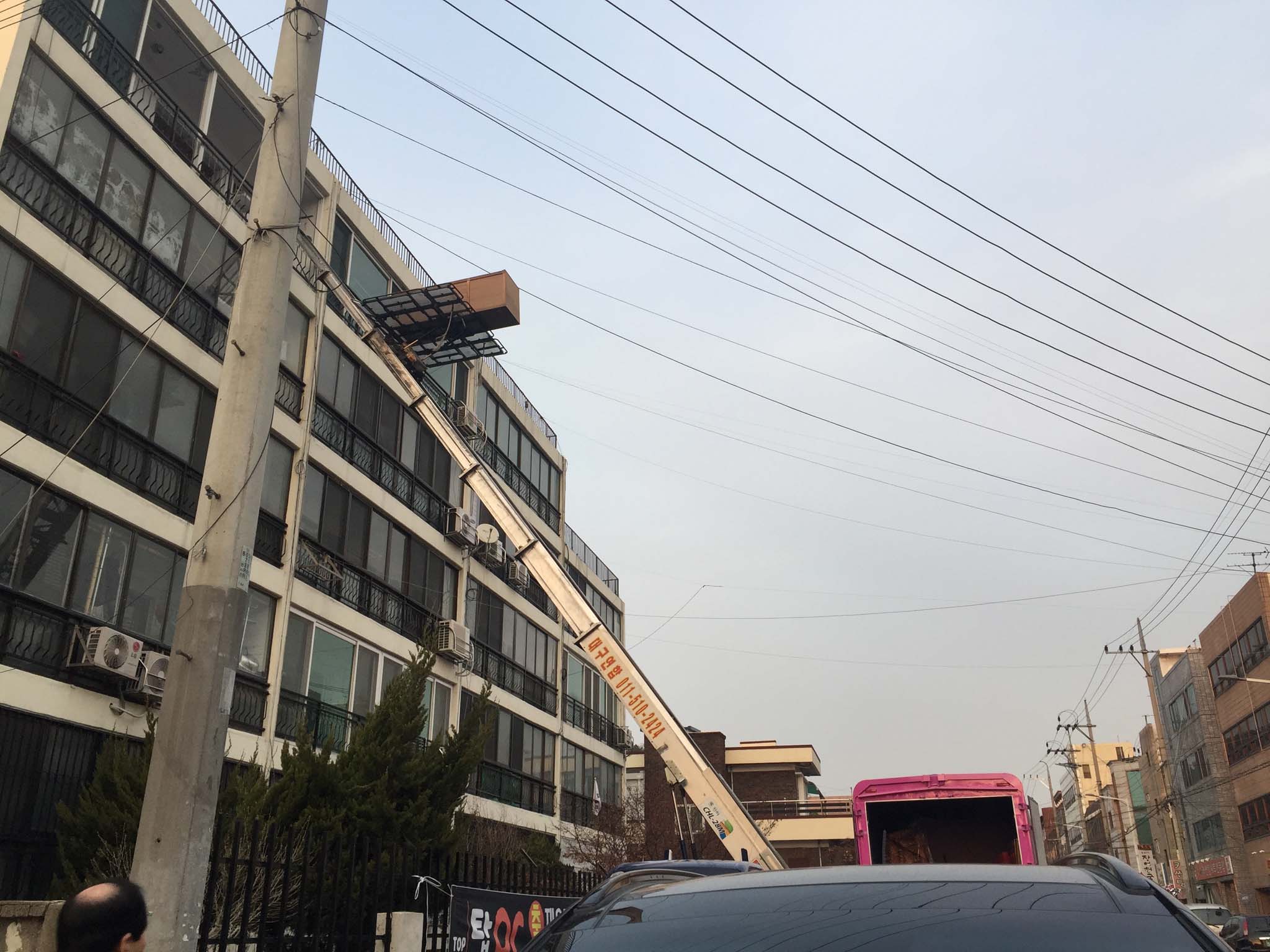 This is how things are moved out of apartments and it’s kind of genius. 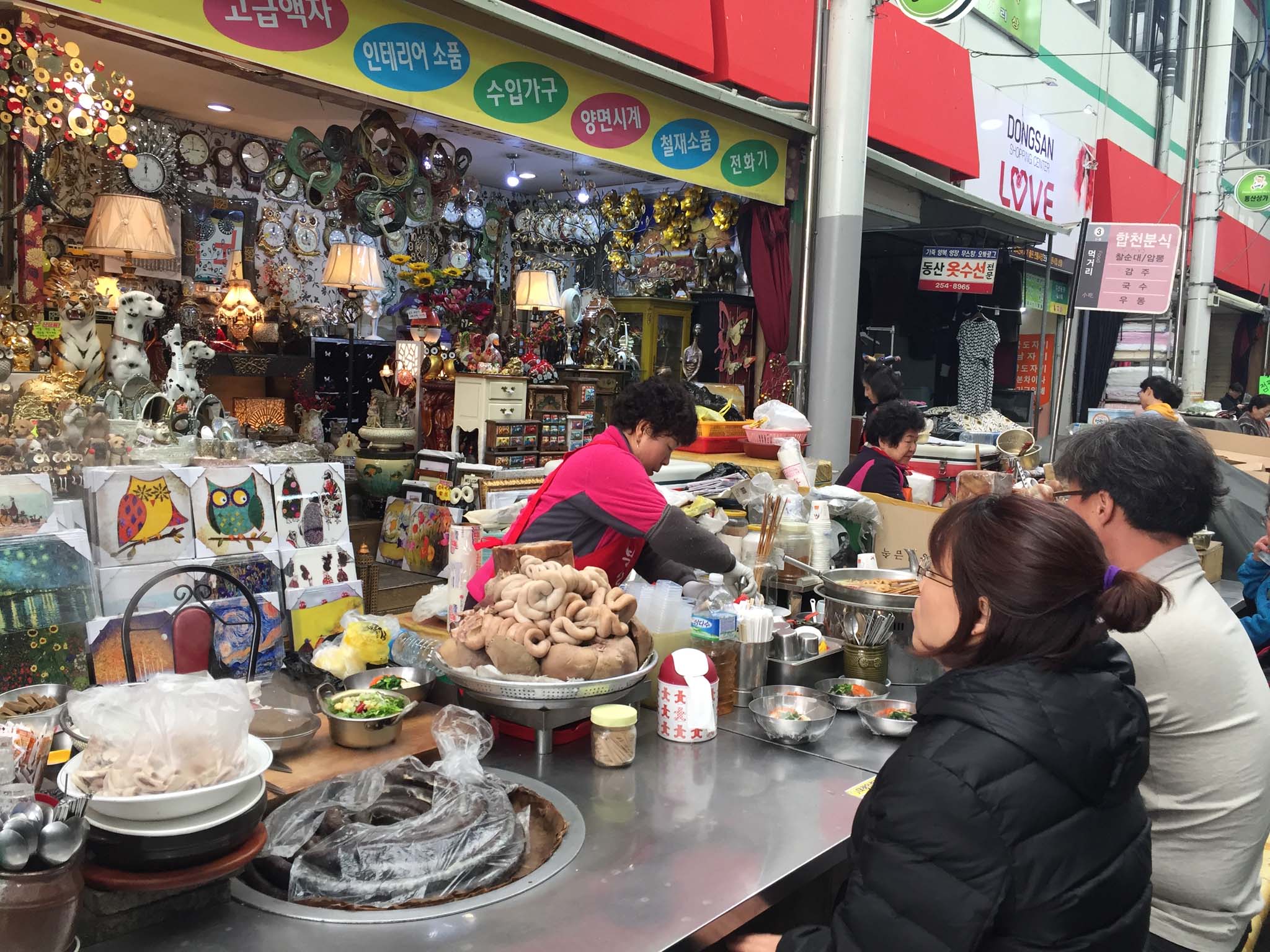 Intestines are a popular lunch item in the markets – if you can stomach it. 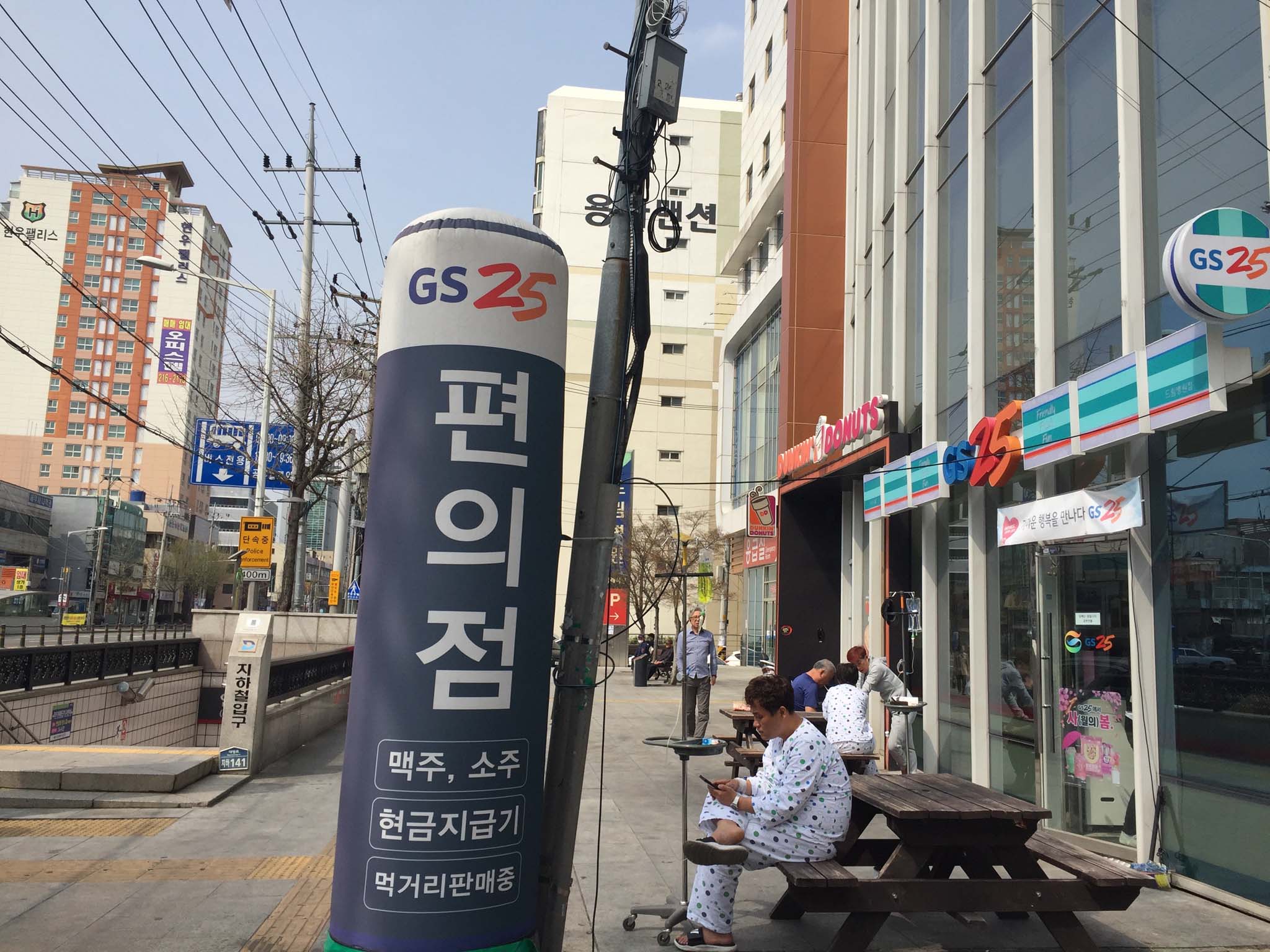 Coffee shops and convenience stores near hospitals are always packed with IV-laden patients. 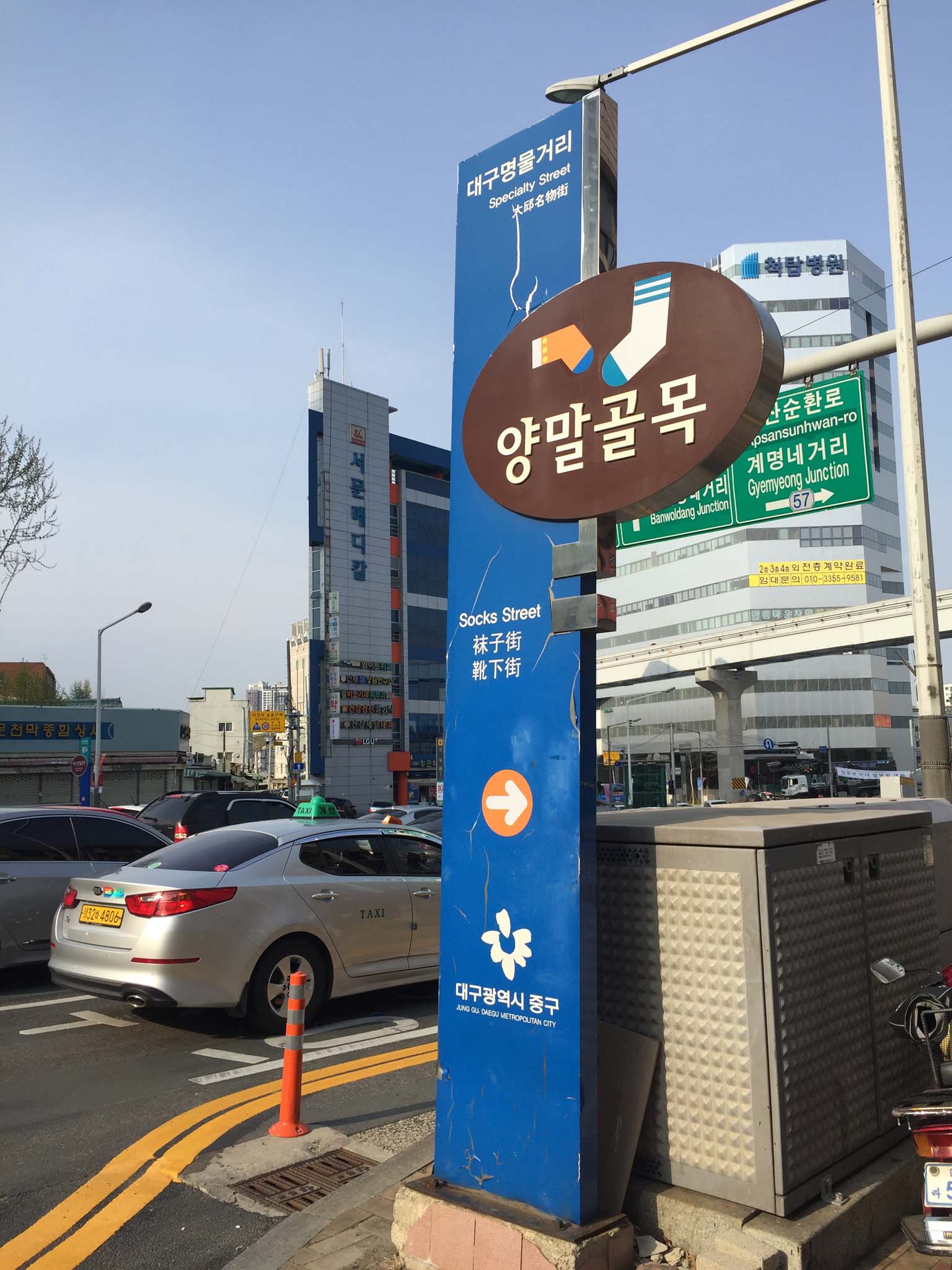 Socks are so popular there’s a sock street! 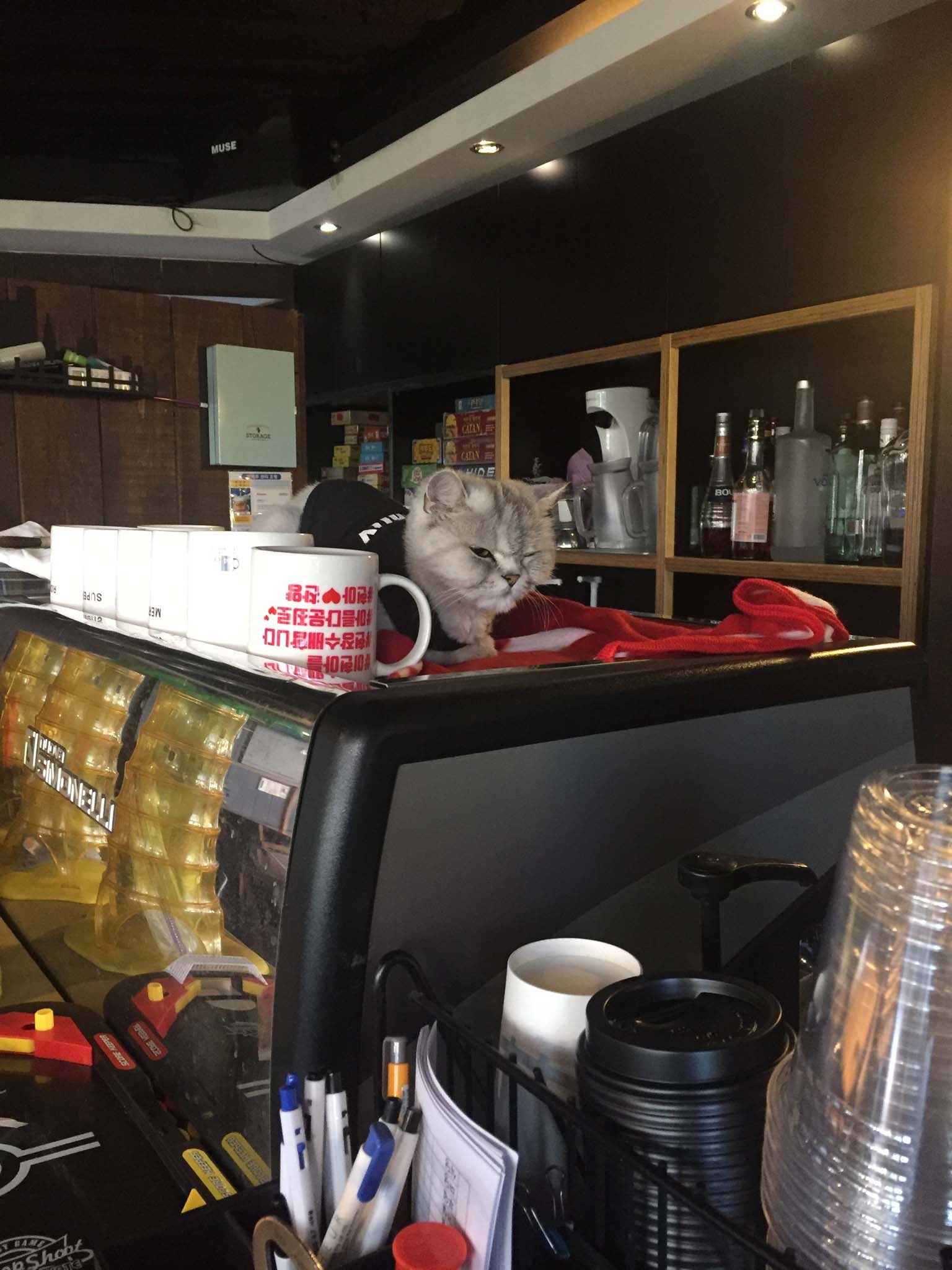 Dressed up and shaved kitty in one of the coffee shops. 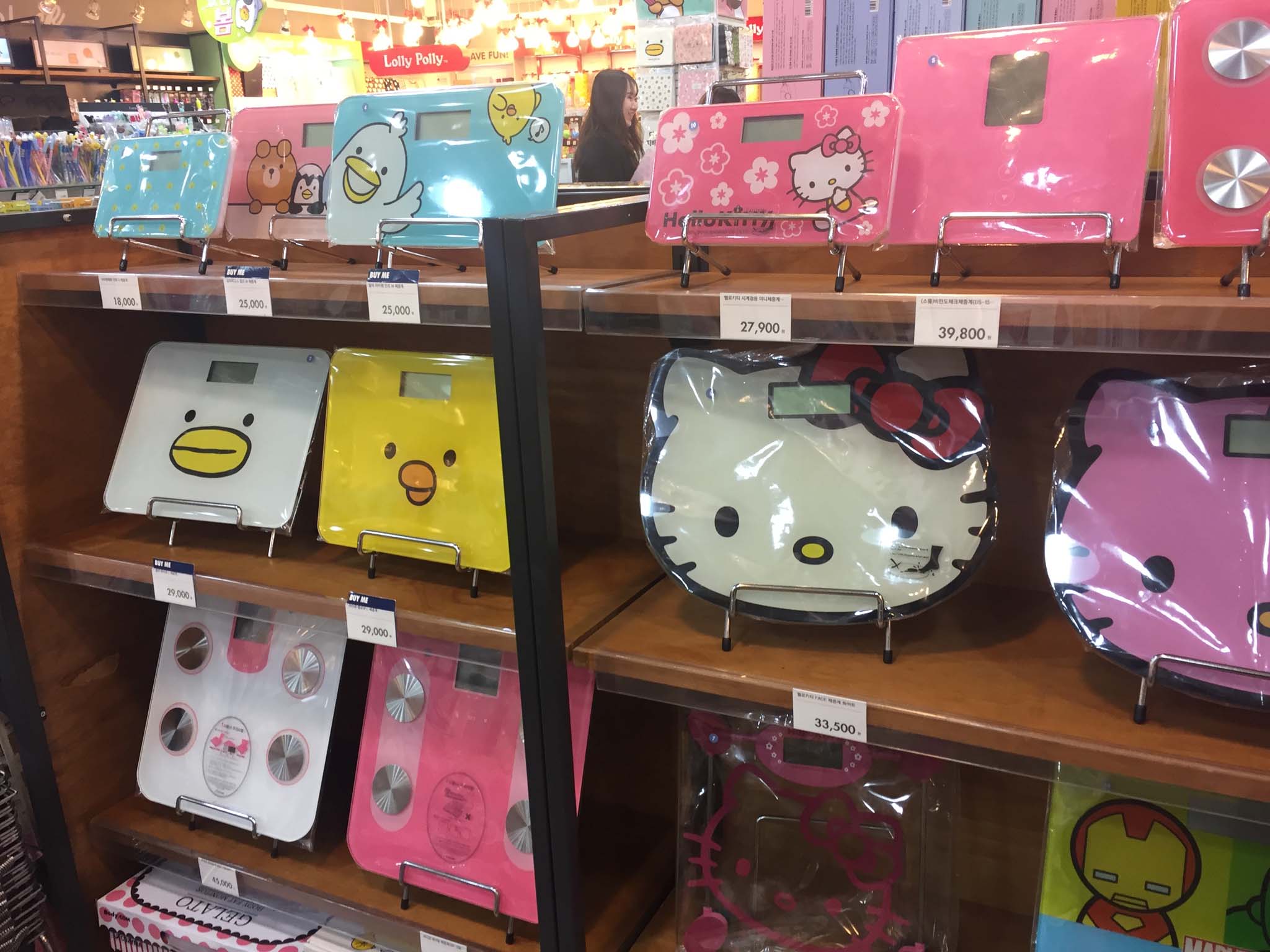 Kakao Friends competitors on the left, Hello Kitty on the right. Scales for children……..

John, can you explain the moving day set-up for me? That wasn’t a closed chute, it looked like a long slide? How are the household goods sent down the slide? They’d have to be restrained from the top, yes? By hand, as in human brute strength?

Hi Mimi!
The goods are loaded onto the platform and then automatically lifted down. Kind of like a giant elevator. It looks like they are moving a huge chest of drawers in the photo.
-John

What a different world!!

Haha ya I know! It will be definite culture shock coming back home…….